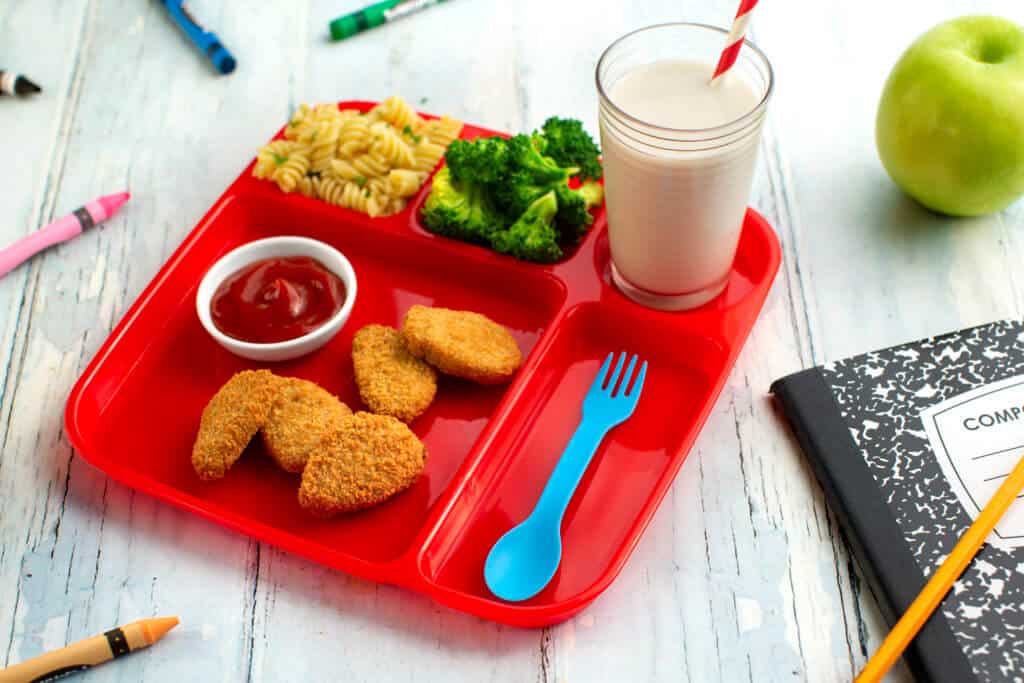 A study by the Vegan Society found that the majority of parents and guardians support the introduction of more vegan meals in schools. The results were released on International School Meals Day on March 10.

30% of guardians said they would support the decision “completely”, while a further 39% said they supported it “somewhat”. Or 69% in favor of increasing the number of nutritionally balanced vegetable meals offered.

46% of respondents wanted to see more alternative meat products offered in schools, while 43% favored more cheese alternatives and 35% wanted plant milks offered as an alternative to dairy products. Almost half (48%) would like to see more meals containing whole foods like lentils, and 44% favor the addition of fruit-based desserts like apple crumble.

Schools around the world are starting to add more plant-based meals to their menus. The New York School District launched a Vegan Fridays initiative last month, where plant-based foods will be the default option and animal-based meals will only be available on request.

Other schools are introducing meatless options such as plant-based nuggets, while a few – like Hagaskolan in Sweden – have even gone entirely vegan. But these schools are currently in the minority.

“Unfortunately, there are still occasions where vegan or curious vegan students are not adequately supported,” Laura Chepner, chair of the Vegan Society’s Education Network, told Politics.co.uk. “This is one of the reasons we have created the Catering for Everyone campaign, which aims to mandate at least one plant-based option on all public sector menus. We are delighted to be able to publish the results of our latest survey on the occasion of the 10th anniversary of the International School Meals Day!

Did Mega Shark fight Mega Shark in the prehistoric seas? A giant tooth tells the story