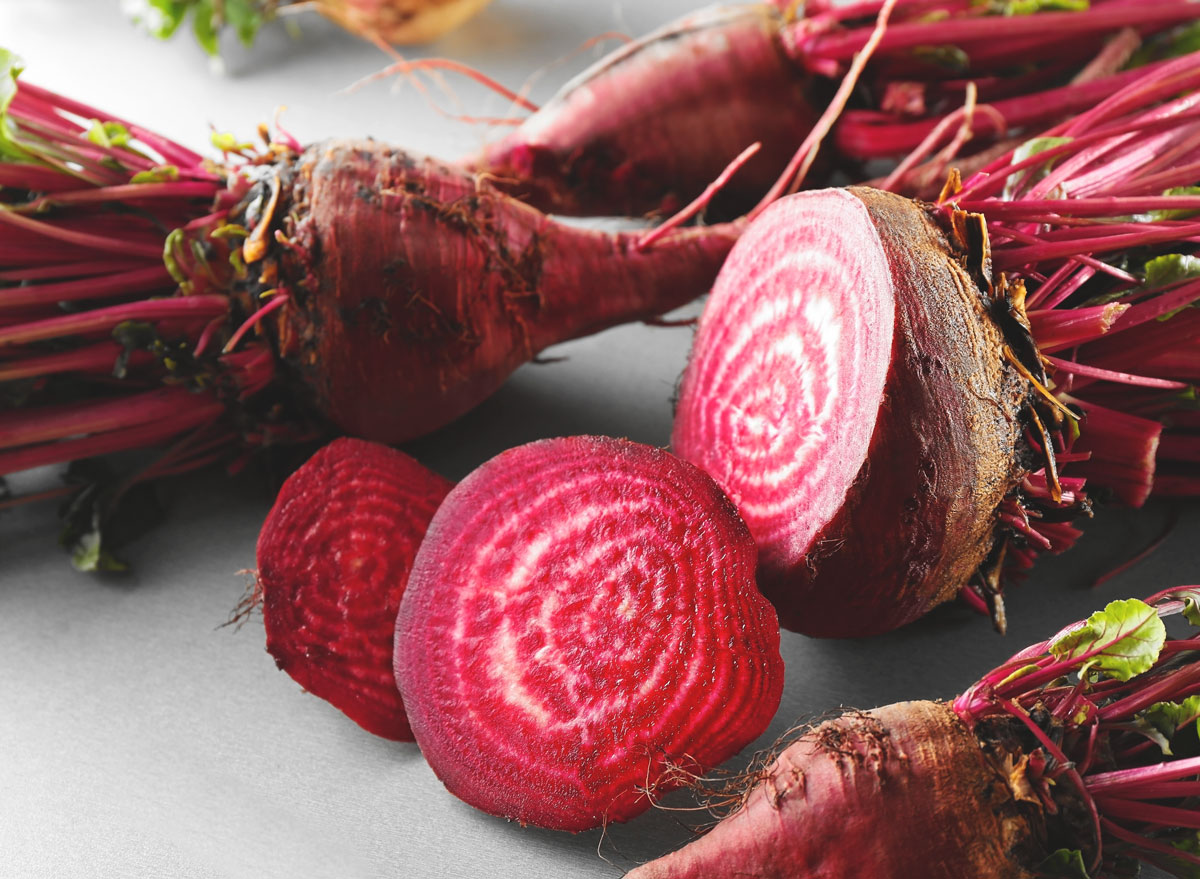 A major effect of consuming beets, according to science

Beets are best known for their bright red coloring and earthy flavors, but they pack more nutritional punch than some people think.

In a 2019 issue of Critical Reviews of Food Science and Nutrition, researchers advocated incorporating more beets into people’s daily diets because of their affordability, accessibility, and long list of health benefits.

One of the effects you will feel when you start to eat more beets is to benefit from antioxidant and anti-inflammatory properties you get from their dark red pigment, known as betalains.

RELATED: Sign Up for Our Newsletter to Get Daily Recipes & Cooking News delivered to your inbox!

Beets are a powerful food in general. They are composed mainly of water but are rich in fiber (2.3 grams per beet) and nutrients like calcium, magnesium, potassium and vitamin A.

While these are solid health benefits, what makes beets truly unique to those of other fruits and vegetables is their levels of betalaine, a natural plant pigment.

The Encyclopedia of Food and Health states that you can only get betalaine from beets, prickly pear, pitahaya and Swiss chard, or certain extracts of betalaine. It is also found in other plants and leaves, but these are not edible for humans.

According to an article by Nutrients, betalaine has been linked to reduced inflammation, antioxidant properties, and even reduced cancer risk in some cases.

In fact, researchers were so impressed with the health results related to beets that they also continued to study the possibility of using beets or beet extracts to help fight inflammatory diseases like heart disease. liver and arthritis.

As you can see, the positive effects of consuming beets are substantial, and the only known “negative” side effect of consuming betalaine from beets is that according to Cleveland Clinic, they could make your urine a red or pink color!

Incorporate beets into your daily diet

If you’re looking for different ways to eat beets but don’t really like the taste, you can try tossing some in this paleo smoothie recipe.

If you like the taste of beets, you can roast them yourself and then try putting them in this tasty roasted beet and barley salad.