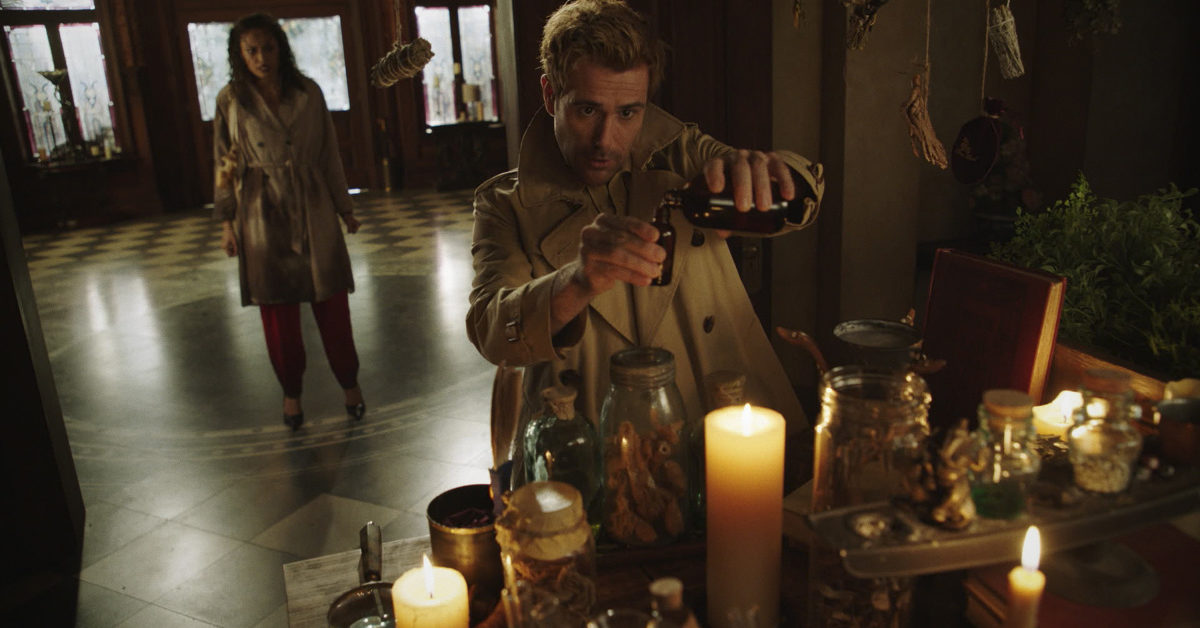 
Although it is true that DC’s Legends of Tomorrow won’t be back this Sunday – take the holiday weekend but come back causing even more trouble on Sunday June 6th. But that’s not the only programming news the show has made this week, with The CW announcing that the two Parcel and Batwoman will move to Wednesday evenings in the fall. But we are getting a little ahead of ourselves. When the series returns in June, Kayla (Aliyah O’Brien) and Mick (Dominic purcell) take the Waverider to follow Sara (Caity Lotz, who also directs this episode) while the rest of DC’s Legends of Tomorrow heading towards Constantine (Matt ryan) place to see how Astra (Olivia swann) adapts to being mortal – without Constantine’s help. Meanwhile, Sara confronts who’s been behind the hell she’s been through and seeks to rally the troops for a great escape – as you’re about to see in the following preview images for “The Satanist’s Apprentice. “:

Now here’s a look at what viewers can expect when DC’s Legends of Tomorrow Crashlands returning to The CW on Sunday June 6 (yes, that’s a pass for the weekend ahead):

DC’s Legends of Tomorrow Season 6, Episode 5 ‘The Satanist Apprentice’: BE CAREFUL WHAT YOU WISH – With Astra (Olivia Swann) now deadly, she struggles to adjust to the real world without Constantine’s help ( Matt Ryan). Frustrated and lonely, Astra makes a new friend who promises to help her, but her eagerness to find an easy way out could have real repercussions for those close to her. Meanwhile, Sara (Caity Lotz) meets the person responsible for her kidnapping and tries to convince the others to help her escape. Dominic Purcell, Nick Zano, Tala Ashe, Jes Macallan, Adam Tsekham, Lisseth Chavez and Shayan Sobhian are also on the bill. Caity Lotz directed the episode written by Keto Shimizu and Ray Utarnachitt.

Now here is an updated look at the list of remaining episodes for the sixth season of DC’s Legends of Tomorrow:

S06E09 “This is Gus” (Directed by Eric Dean Seaton; Written by Tyron B. Carter)

S06E12 “Bored On Board Onboard” (Directed by Harry jierjian; Written by Keto Shimizu & Lea Poulliot)

S06E13 “Silence of the Sonograms” (Directed by Nico sachse; Written by Phil Klemmer and Morgan Faust)

S06E14 “There Will Be Brood” (Directed by Maisie Richardson-Sellers; Written by Ray utarnachitt & Marcelena Campos Mayhorn)

And since you are here …

Daily BCTV dispatch: For a look at what’s happening in the TV and streaming landscape, sign up for Bleeding Cool’s daily email list on the news you need to know here.

Talk to your doctor before fasting | Letters to the Editor