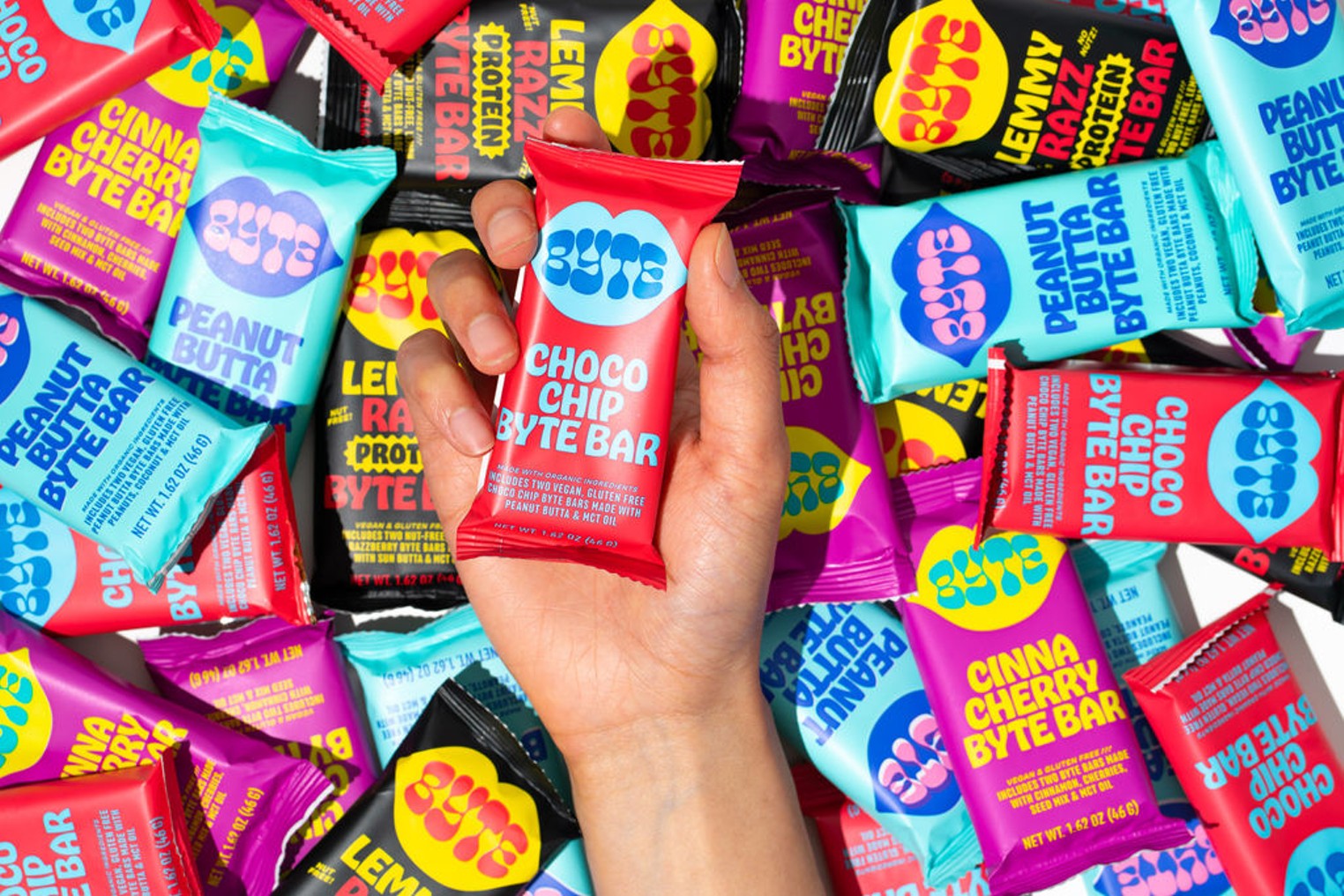 Energy bars get a makeover with Denver Duo Byte Bars

“We’re the new kids on the block,” says Casey Nunnelly, who started the energy bar company Byte bars with her cousin Sabina Rizzo, an alumnus of the University of Colorado at Boulder, in 2019.

Rizzo is a former competitive skier and Nunnelly was a high school softball and volleyball player and captain of the CU women’s hockey team when she was a student. “When we were growing up, we ate Clif bars, and they weighed you down, and then protein bars were always super macho,” says Rizzo. “Then there are the slim bars that target women purely for dietary purposes.”

“As Gen Z and Millennial women, we felt like none of the energy bars on the shelves spoke to us. We wanted to give the energy bar market a makeover,” adds Nunnelly, who started by experimenting in Rizzo’s kitchen, mixing ingredients like peanut butter, coconut, marzipan and dates to create a raw bar.

Eventually, the two perfected the Byte Bars recipes, which now include four flavors: Choco Chip, Cinna Cherry, and Peanut Butta, as well as a new protein bar, Lemmy Razz. All Byte Bars are made with peanut butter and dates and are gluten-free and vegan.

The name, Byte, is an acronym for “Be Yourself Today and Everyday”, which is the motto that drives the company. “We’re innovating things that are a bit outdated,” Rizzo notes.

In the fall of 2020, Byte Bars hit shelves at Whole Foods stores in Colorado. Growing a business during the pandemic was difficult — Nunnelly and Rizzo couldn’t attend sampling events or provide in-store demonstrations. “We were learning with the rest of the world,” says Rizzo.

Byte Bars’ presence is expected to grow further: this summer it will be sold online through Urban Outfitters, and it will be added to Kroger stores in Colorado starting this fall.

Now the cousins ​​are focused on adding more retailers nationwide, but it’s not just about revenue for the duo. They also prioritize having a positive impact on the community. Byte Bars is currently donating to the community share of food in Lafayette, and the company is a sponsor of the upcoming Colfax Marathon on May 14-15. She also works with CU Boulder students, training them to become Byte Bars brand ambassadors.

Protein bars: the good, the bad and the ugly

The 6 Best Costco Summer Items Right Now, According To Dietitians – Eat This Not That