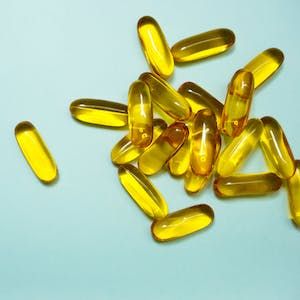 Due to the association of type 2 diabetes (T2DM) with high levels of metabolic abnormalities and systemic inflammation, altered macronutrient composition of diets in diabetic patients can lead to changes in these levels of ‘anomalies.

Led by Faisal Ali, Department of Clinical Nutrition and Dietetics, Sanaa University of Science and Technology, a team of researchers studied changes in plasma lipid profile, in order to identify potential inflammatory mediators after following a diet for stop hypertension (DASH). and supplementation with omega-3 fatty acid capsules.

They observed in patients with T2DM an intervention based on fish oil and a DASH diet partially altering lipid metabolism, the production of inflammatory mediators, without statistically significant effect on glycemic control and adiposity.

Investigators measured fasting blood samples and clinical parameters at baseline and after surgery.

The data show that compared to the placebo group, significant differences were observed in body weight, body mass index (BMI), blood pressure and interleukin-6 and necrosis factor α in the two groups. However, triglyceride (TG) and VLDL cholesterol levels were significantly reduced only in the fish oil groups (P <.05>

In addition, the researchers observed no significant difference within and between the placebo and fish oil groups for adiponectin and leptin at 5.53% and 6.48%, respectively.

Ali and his colleagues noted that the fish oil and DASH intervention had a partial alteration in lipid metabolism and inflammatory mediators, but more study is needed to determine the overall benefit.

“The nutritional therapy of omega-3 fatty acid supplements can be further studied by lipidomic and genomic analyzes in patients with type 1 and 2 diabetes,” the investigators wrote.