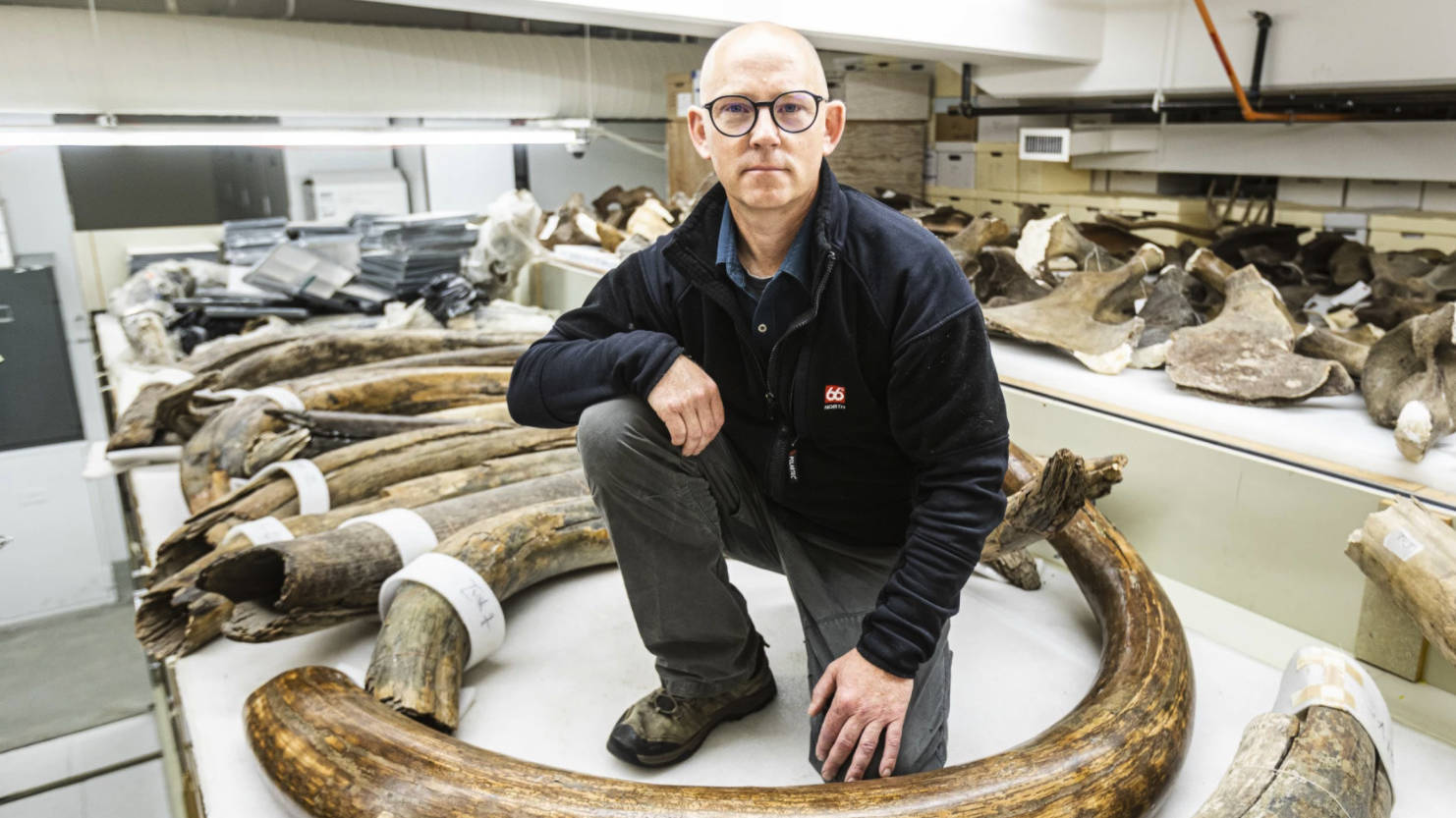 A new study from the University of Alaska Fairbanks featured on the cover of the journal Science explores the life story of a woolly mammoth that lived 17,000 years ago.

Thousands of years ago, a woolly mammoth that researchers named Kik passed through what is now the state of Alaska. There were times he stayed in an area, probably in a group with other mammoths.

At one point, Kik took a long journey, covering great distances of icy landscape. Researchers believe this means he left his mother’s herd and went out on his own. At 28 years old Kik, died above the Arctic Circle, probably of starvation.

“It was a bit like watching this soap opera of this mammoth’s life emerge before our eyes in real time,” said lead researcher Mat Wooller, who heads the stable isotope facility at UAF.

How did researchers discover such details about the life of a long-dead animal? They used the information stored in Kik’s fossilized defense to learn more about his life. The first step was to figure out how to cut the defense in its center.

“It took us a whole day to split it up, and six people and a really large bandsaw. You don’t want to destroy a fossil like this, ”Wooller said.

Next, the researchers chemically analyzed each section of the tusk.

“It’s the young mammoth, here,” Wooller said, pointing to the tusk in his office. “Do you see that dark part here?” This is called the pulp cavity.

Scientists have found clues to Kik’s life in the fossil’s isotopes. Isotopes are different versions of atoms of the same element. When an animal eats or drinks, its body absorbs the unique isotopes of the materials it ingests.

The character of these isotopes depends on where the food comes from.

“There is a little phrase that goes with isotope science,” Wooller said. “You are what you eat. And you are not only what you eat, you are also where you eat.

Parts of the body that grow longer over time – like hair or, in Kik’s case, tusks – are used to record what and where an animal ate and drank. Scientists matched isotopes from Kik’s tusks with isotopes found in different parts of Alaska to create a map of his life.

Wooller said the study contributes to a large body of research on why woolly mammoths became extinct. And Kik’s story might also contain answers about the future. This is because climate change likely played a role in the extinction of the mammoths.

“It also highlights our concerns about the existing animals that live in the Arctic today and are facing very significant environmental and climate changes,” Wooller said.

Kik’s tusk will be on display at the Museum of the North in Fairbanks, along with a life-size artistic rendering of the mammoth painted by paleo artist James Havens.

Wooller worked with the artist, so the painting reflects what the study found about Kik’s life. In it, the mammoth stands enormous against an icy background, gazing at the viewer from the depths of the past.