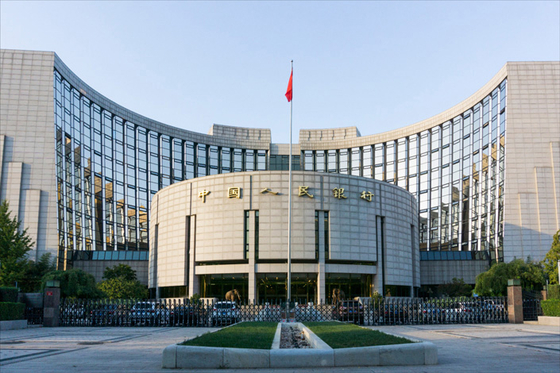 China’s strengthened management mechanism for bank mortgages will remain in place as part of the standardized policy, the central bank said in its 2021 financial stability report on Friday.

The mechanism was introduced in december by the People’s Bank of China (PBOC) and the China Banking and Insurance Regulatory Commission (CBIRC) to help prevent systemic risks. The policy has capped banks’ outstanding mortgage loans as a proportion of total loans and their ratio between outstanding mortgages and total loans.

The rules went into effect on January 1. Banks have been granted two to four year grace periods to comply. The proportion of outstanding home loans in Chinese loan portfolios has gradually declined from 28.7% in December to 27.4% in June, according to a report by Soochow Securities Co. Ltd. dated July 25. Some banks have stopped offering loans to home buyers since May, according to Beike Research Institute.

While large and medium-sized banks are reducing their real estate exposure to meet requirements, some small banks are trying to capture market share. At the end of June, the amount of mortgage loans from Bank of Ningbo Co. Ltd. (002142.SZ), for example, was up 46% from early 2021.

The central bank, together with the CBIRC, will continue to monitor the implementation of the policy and urge banks to meet the targets in an orderly fashion under the grace period plan, according to the financial stability report.

After the introduction of the Real Estate Lending Concentration Management System, the local branches of the PBOC and CBIRC determined the ceilings for banks under their jurisdiction and established transition plans for lenders who were not. in compliance, according to the report.

For large public banks, the ratio of outstanding mortgage loans to total loans is limited to 40% and mortgage loans as a proportion of total loans to 32.5%. For small banks, the ceilings are lower. The strictest limits apply to small village banks, which can only lend 12.5% ​​of their portfolios to real estate developers and 7.5% to owners.

Home loans rose steadily in the second quarter, according to central bank data. At the end of June, outstanding mortgage loans from major financial institutions reached 50.8 trillion yuan ($ 7.87 trillion), up 9.5% from the same period a year ago and from 1 , 4 percentage point less than at the end of March. Outstanding mortgages stood at 36.6 trillion yuan, up 13 percent year-on-year and 1.5 percentage points lower than at the end of March.

The CBIRC will identify and closely monitor banks with a high proportion of new home loans and urge them to rationally control the growth of home loans, said Liu Zhongrui, deputy director of the statistics department of the CBIRC, during a press briefing in June.

To download our app for getting late-breaking alerts and reading news on the go.

To have our free weekly newsletter must read.

You have accessed an article available only to subscribers