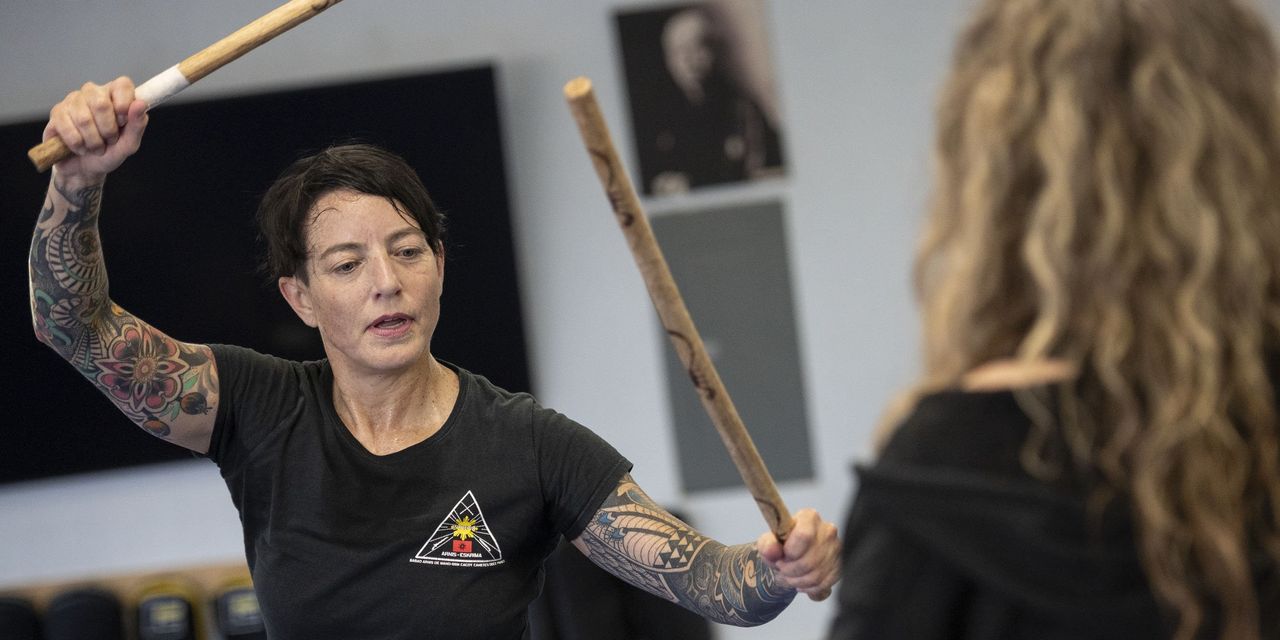 How Arnis, a Filipino Martial Art, Keeps a Cop Strong

Deborah Clem and her husband David Headley are used to receiving alarming calls from neighbors who see them in their backyard swinging sticks. The San Diego-area couple take lessons in Arnis, a Filipino martial art that uses weapons, including rattan sticks. “A neighbor joked that it wouldn’t be good for someone to try to break into our house,” says Clem. She and her husband both hold black belts and both work in law enforcement in Southern California.

When Ms. Clem, 51, attended police academy in 2001, she was in good physical condition, but no experience in self-defense. “I hadn’t even taken boxing lessons,” she says. She graduated but found that the skills she had learned were pretty basic. “These skills are also perishable if you don’t use them regularly,” says Clem, who is now a police sergeant.

To protect herself at work, Clem opted for Brazilian jujitsu, which focuses on ground combat and self-defense. She signed up for classes in 2004 and within two weeks she knew she wanted to compete. She has since competed in the World Championships of the International Brazilian Jiu-Jitsu Federation.

Through Brazilian jujitsu, she discovered the Filipino martial arts, which use weapons (knives, swords, sticks) and unarmed techniques (boxing, grappling), and are known as Arnis, Eskrima or Kali. In 2009, she and her husband started classes. Ms Clem says Arnis’ lessons improved his reaction time on the pitch and gave him a lot more confidence.

Ms. Clem recalls a work situation where she was nudged in the face. “A pop in the face is always shocking,” she said. But her martial arts training helped her come together, think clearly, and bring the person to the ground. “When a fight happens on the pitch, I know I can handle it,” she said.

The best vegan snack ideas and brands for 2021