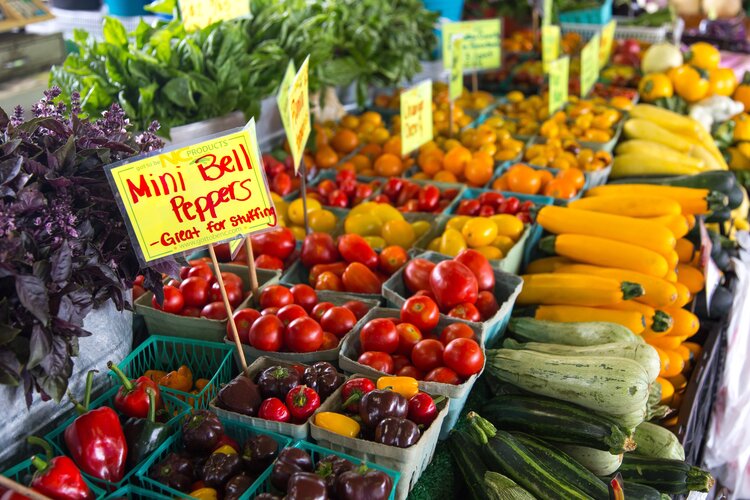 More and more people are giving up meat, dairy products and, in some cases, animal products of all kinds, citing ethical, environmental and health reasons as motivations. It is now estimated that more than a fifth of the UK population follows a vegetarian or vegan diet.

It is far from India where between 23 and 38% of the population avoids the consumption of animals, whether for cultural, religious or cost reasons. But the UK largely outperforms its close neighbors like France (around 5%) and Spain (1.5%). In the United States, it is also estimated that around 5% of the population is vegetarian, roughly the same percentage as China, where meat consumption increased rapidly from the mid-1990s as the country grew. enriched.

Many people took their food preferences a step further and began to take an interest in the involvement of specific companies in food production. Often, they boycott companies that produce or use animal products, as well as those that do not respect Environment, Society and Governance (ESG) rules. This extends to investment decisions.

The impact of vegetarianism on investment

Would you want to invest in businesses related to meat production if you were a determined vegetarian? Probably not. Still, this will likely be the case if you contribute to a pension. Chances are, your pension fund will include a few businesses related to animal husbandry and animal products in one form or another. It’s ironic that while it has never been easier to access vegetarian and vegan products, it is still relatively difficult to eliminate such organizations from your wallet.

Instead, why not look at the individual businesses that are profiting from the growing popularity of vegetarianism and veganism. There have been some amazing successes in vegan stocks, especially when it comes to meatless alternatives. Data from financial services group Sanlam indicates that global sales of vegan meat substitutes reached $ 19.5 billion in 2019.

As consumer awareness increases, UBS predicts that the growth of the global plant-based meat market could more than double to around $ 50 billion by 2025. Think Beyond Meat, which went public in May 2019 at $ 25 per share. These shares are currently trading at over $ 100 each, up from $ 190 earlier this year.

Additionally, there are several small stocks of vegan foods worth looking at, including The Very Good Food Company, Tattooed Chef, and Else Nutrition. It might also be worth looking at the companies behind the producers. Burcon NutraScience has been involved in vegetable protein extraction for over 20 years and it is the basis of many vegan products.

Impossible Foods is another well-known vegan food brand, but it’s hard to invest because it’s not public. It is owned by a small group of private investors, who will occasionally announce a financing round that may be open to the public. This will often be the case for a sector at the start of development.

This is a US based company where there are many more investment opportunities, vegan and otherwise. Their goal is “to accelerate the vegan economy and to do well while doing good”. The interesting part of this is that the club will alert you to opportunities to invest in the early stages of business development. It’s undeniably risky, so diversifying your portfolio is extremely important, as the club’s website makes clear. But it seems like an interesting place to start.

In addition, it may be worth checking out Beyond Investing, a vegan and cruelty-free investment platform offering access to investment products that adhere to vegan principles. The company wants to “accelerate the transition to a smoother, cleaner and healthier world.” Mankind’s dependence on animals for food, clothing, pharmaceuticals, cosmetics and other uses is inherently unsustainable in a world where the human population is estimated to number nearly 10 billion. here 2050 ”.

Is a strictly vegan investment possible?

While vegan investors support plant-based start-ups, they are encouraging the kind of businesses they want to see in the market while embezzling other people’s capital.
But being vegan isn’t just about what you eat, important as that is. Vegan investing is all about looking for companies that consider animal welfare in all aspects of life. Strict vegans do not wear clothing made from animal products, such as leather or wool, and do not use any products developed from animal testing.
This can make investing in vegan difficult, as most ethical funds are exposed to animal testing. Applying the strictest filter of 0% exposure to animal testing, the list of funds available to UK investors is reduced to just 54 of the 905 UK funds that consider their portfolios to be ethical in their approach to investing. .
It is therefore not always easy to invest ethically. But this can be done. And if the transition to a vegetarian diet or a vegan lifestyle continues at its current rate, it could prove to be very profitable.