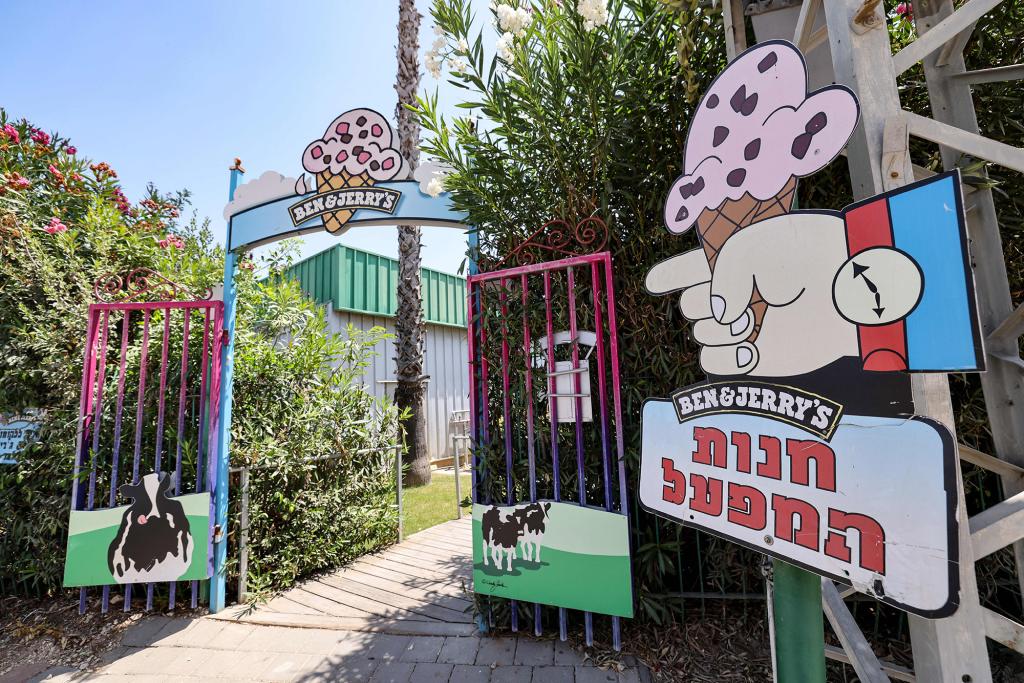 Israeli students say ice cream maker Ben & Jerry’s is “illegally” occupying land in Vermont that once belonged to an Abenaki Native American tribe and should practice what they preach and evacuate the properties immediately.

A cheeky letter sent to B&J – signed by more than 1,000 Israeli students and scholars affiliated with Students for Justice in America – accuses B&J of hypocrisy.

“We have concluded that your company’s occupation of Abenaki lands is illegal and we believe it is totally inconsistent with the stated values ​​that Ben & Jerry’s claims to uphold. Ironically, in July last year, you announced that you would stop selling your products to Israel because you oppose the Jewish state’s alleged occupation of Palestinian territories,” the letter to the president of B&J said. , Anuradha Mittal.

The letter, provided to The Post, notes that B&J has taken legal action against its parent company, Unilever, in an attempt to block its sale of the Vermont-based brand’s Israeli business to a local franchisee so that the ice cream could continue to be sold in the West Bank.

The new student initiative and letter are supported by Shurat HaDin – Israel Law Center, a Tel Aviv-based human rights organization dedicated to safeguarding the lives of the Jewish community and fighting against the boycott, divestment and sanctions movement against the Jewish state.

“Ben and Jerry speak with a forked tongue.”

The left-leaning ice cream brand previously announced it would end sales of its products to Jewish settlements in the occupied West Bank, which critics say amounts to an economic boycott of Israel.

The fallout has been severe, with states including New York pulling millions of dollars in retirement investments from B&J’s parent company Unilever. New York is prohibited by law from doing business with entities that participate in the BDS movement against Israel.

“Ben and Jerry’s never even offered to compensate this indigenous nation of Vermont,” says the letter from the student group, which counterpoints Students for Justice in Palestine, which promotes the BDS movement against Israel.

“Justice, morality and boycotts are not just anti-Semitic slogans and weapons that your food company aims at the Jewish community in Israel. Justice and morality must begin at home.

The students demanded that B&J immediately vacate the properties “it occupies” in South Burlington, Waterbury and Saint Albans and “return them to the Abenaki people”, adding that “your company has no right to these stolen territories”.

The State of Vermont recognized the Abenaki Nation in 2012.

“Vermont’s Native history began 12,900 years ago when people called Paleo-Indians first settled in the land we now call Vermont. Since these first occupations nearly 13,000 years ago, Indigenous communities have continuously lived in Vermont. Indigenous knowledge, experience, and traditions have profoundly influenced many aspects of Vermont’s rich history,” the Vermont Commission on Native American Affairs states on its website.

Blog Wheel: Which Sesame Street characters would be the best to eat?