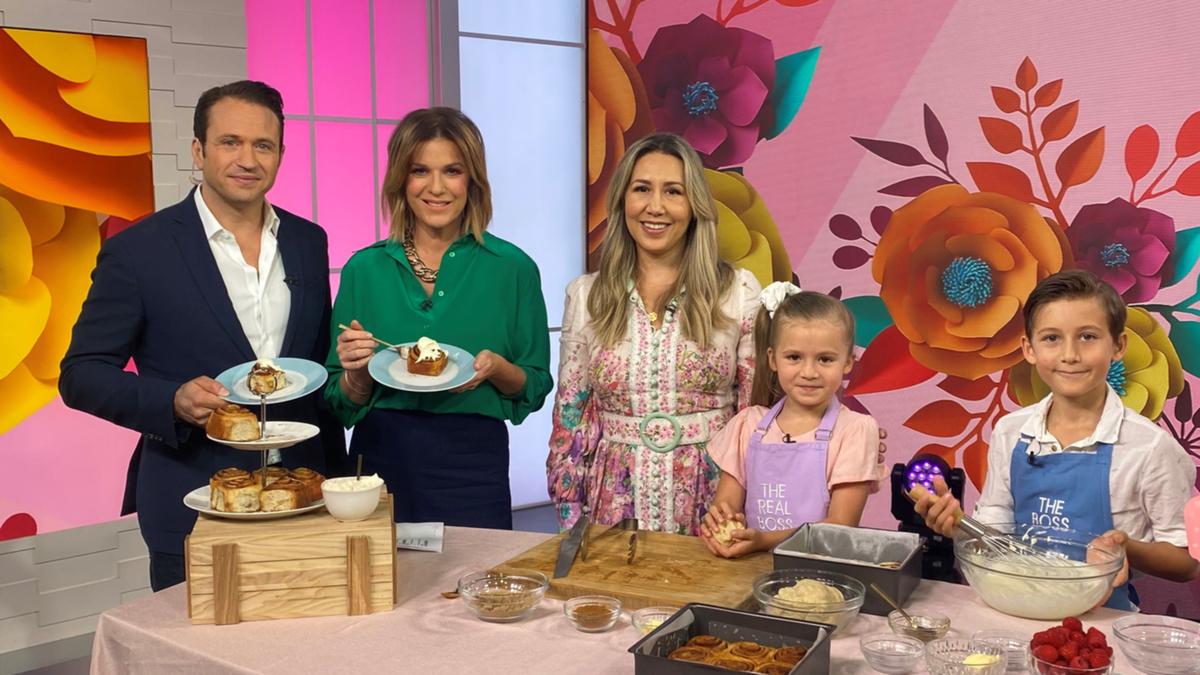 As Mother’s Day approaches, an age-old tradition to spoil our mom on her special day is to treat her to a delicious breakfast.

Instead of burning the toast or messing up the cereal, Heaven Leigh from the Bodhi Restaurant Bar at Sydney’s Cook + Phillip Park joined in The morning show with her kids Kai and Minka, to show how the whole family can make simple yet delicious cinnamon rolls with a healthy twist.

Watch the video player above for the full recipe

Heaven Leigh shared her vegan recipe for this Mother’s Day breakfast, but you can also make these with non-vegan ingredients.

For more recipes, tips and tricks, you can download Heaven’s app here for plant-based and cruelty-free food ideas.

Once the rolls are baked, remove them from the oven and let them cool for 10 minutes before transferring them to a serving plate, spread the vanilla frosting on top and serve.

How to Make a Delicious Vegan Lemon Gin Cheesecake Trifle

What is fasting important and what are the techniques for safe fasting?

Vegan social media influencer That Plus Size Vegan is launching a line of spices. |…