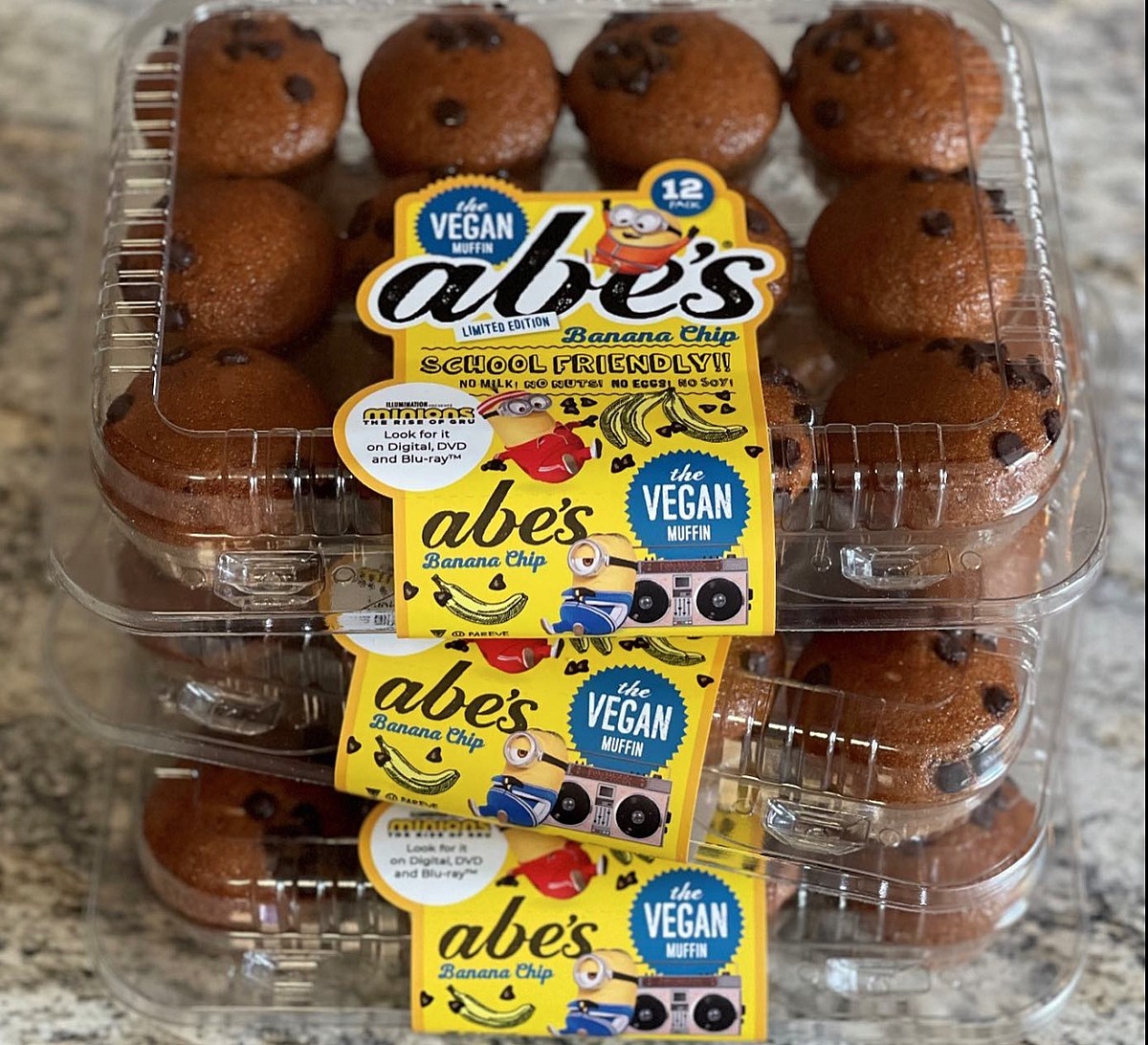 When the Minions hit theaters this summer in Minions: The Rise of Gru, the movie was long overdue (due to pandemic delays) but fans rushed to theaters to watch the little yellow creatures unleash their usual mischief and mayhem. The film grossed nearly $900 million worldwide, making it the fourth highest-grossing film of the year. All that jumping, popping up in the wrong place, and throwing your hands in the air takes energy, and energy takes snacks.

So when the adorable yellow creatures picked out a back-to-school snack, they landed on Abe’s Vegan Muffins. Abe’s aren’t just mini vegan muffins. As if to match the banana yellow color of his new star ambassadors, Abe has created a whole new flavor to celebrate: Banana Chip, a lightly banana flavored muffin with vegan chocolate chips. (Note to anyone who loves muffins, and especially chocolate chips: they are addictive.)

The vegan mini muffins feature a pair of happy Minions dancing and frolicking on the happy tag. The 6-pack of Mini Banana Chip Muffins states that the snacks are “school-friendly” because they contain no milk, nuts, eggs or soy. The vegan muffins are also free from most allergens since the real Abe the brand was named for was lactose intolerant and allergic to nuts, seeds, eggs and sesame. Abe’s Vegan Muffins was created by Abe’s father, Joby Koffman, and brother, Marty Koffman, who make the muffins in West Nyack, New York.

Abe’s vegan muffins turned out to be a perfect choice for the Minions. One thing minions have in common with their fans: they’re small, energetic, and adorable. Of course, the real consumers of kids’ snacks are moms and dads, who decide what their kids eat. For any parent who is always looking for allergen-free, non-GMO, and vegan snacks, whether it’s for the school party or just to keep at home for the family, look no further. Just follow the Minions and try Abe’s vegan muffins.

Best Vegan Fast Food Chains in the US