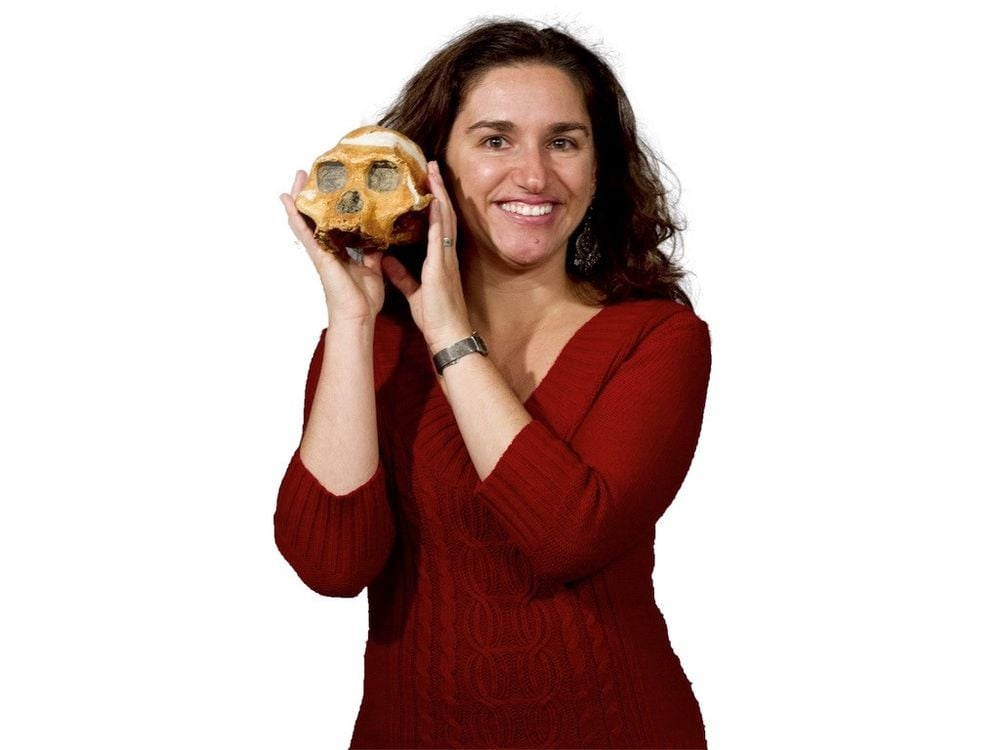 A decadent beef brisket or juicy ham could spruce up your table this holiday season, a far cry from our ancestors’ first forays into the carnivore. About two and a half million years ago, the first humans began using sharp tools to cut through animal carcasses they encountered, gobbling up any nutritious meat and marrow they could scavenge.

For “Meet a SI-entist”, we spoke with Briana Pobiner, researcher and educator in the Human Origins program at the Smithsonian National Museum of Natural History who studies this early culinary evolution. Pobiner shares what it’s like to research the ancient past and what she enjoys most about working with other paleoanthropologists in the field.

How did you get interested in learning more about humans from the distant past?

My first semester in college, I had a meeting with my academic advisor to find a fourth class to take. I entered college thinking I probably wanted to major in English – I wasn’t really interested in science. She was a former professor of anthropology and she suggested that I take anthropology classes. I said, “I don’t even know what it is,” and she explained that anthropology is the study of people. I thought, “that sounds pretty cool.” So I took an introductory anthropology course, then the next semester I signed up for a course on the evolution and behavior of primates. I had an amazing teacher and loved the class. I then went to a paleoanthropology field school in South Africa, and was hooked!

You study the evolution of human nutrition. What type of evidence or data are you using in your research?

The great thing about ancient diets is that there is a lot of different evidence to study them. What I’m doing is looking at animal bone fossils from archaeological sites, especially animal bones that have evidence of human slaughter. It’s a sort of ‘smoking gun’ of proof that the humans were there: they slaughtered these animals and ate them.

How does your research intersect with the museum’s collections?

When and why did humans start to eat meat?

The “why” questions are those that cannot be answered about the past. If resources changed in the landscape or if there were just more animals around than early humans could encounter, I don’t know. The “how” is probably a question that can be answered, however. Early humans did not have sharp fangs like predators, so they couldn’t physically bite into carcasses. It was truly the invention of technology and stone tools [that made meat-eating possible] – like using rounded stones to crush open bones to reach the marrow inside and sharp-edged stones to cut meat from bones.

It is therefore difficult to know the “why”. What other challenges do you encounter while researching things that happened so long ago?

I always feel like I’m trying to put together a puzzle without all the pieces. Until we have time machines, we can’t go back and make observations in the past – and I guess that won’t happen in my lifetime, or maybe never.

I also always try to take small pieces of evidence and paint a bigger picture. But there may be some evidence that we are missing, and the fossil record is still incomplete. This incompleteness is probably the biggest frustration for anyone researching evidence from long ago. But it also means that every fossil has the potential to provide us with new information.

In your work you interact with many ancient bones, both from early humans themselves and from the animals they ate. How does it feel to hold these things in your hands and spend time with things from so long ago?

It’s incredible. When I was a doctoral student, I led an excavation in northern Kenya as part of a summer study abroad program. I spent every summer helping teach undergraduates how to dig. We unearthed butchered fossil bones at sites 1.5 million years old, and every time I had to dig a bone out of the ground, I literally felt like I had stepped through time. I was touching a bone that hadn’t been touched for a million and a half years, it was magic. And even when I browse museum collections, every time I look at a bone, there can be a discovery in there, which I find really exciting.

Do you have any other favorite field experiences?

In addition to studying fossils, I also study modern bones that have been damaged by predators. I drive around and watch the predators eat things, then I wait for it to be done and go pick up the leftovers. I feel like “I can’t believe this is my job.” It is fabulous. I mean, sure, sometimes I accidentally drive into a hyena den, or get chased by elephants. But you can always find something new when you do your research.

What do you like best about the job you do?

One of the things I enjoy the most about my job is that I almost never do it alone. I collaborate with a variety of different types of scientists on different teams. I even do projects with other people who have similar expertise to mine, as often butcher’s marks can be more ambiguous to identify. A few of us meat brand specialists get together and look at the same brands to come to a consensus. And sometimes it’s even a team of 40 people with a whole bunch of different expertise when you dig. I really like the collaborative aspect of the kind of science that I do.

This interview has been edited for length and clarity.

Meet an SI Entist: The Smithsonian is more than its world-famous exhibits and artifacts. It is a hub of scientific exploration for hundreds of researchers around the world. Once a month, we’ll introduce you to a Smithsonian Institution scientist (or SI Entist) and the fascinating work they do behind the scenes at the National Museum of Natural History.

Related stories:
How ancient humans helped bring pumpkins to your Thanksgiving table
This Thanksgiving, try the real paleo diet
Our Thanksgiving menu lost a few crops
These are the biggest discoveries of the decade in human evolution
How to reconcile motherhood and STEM career