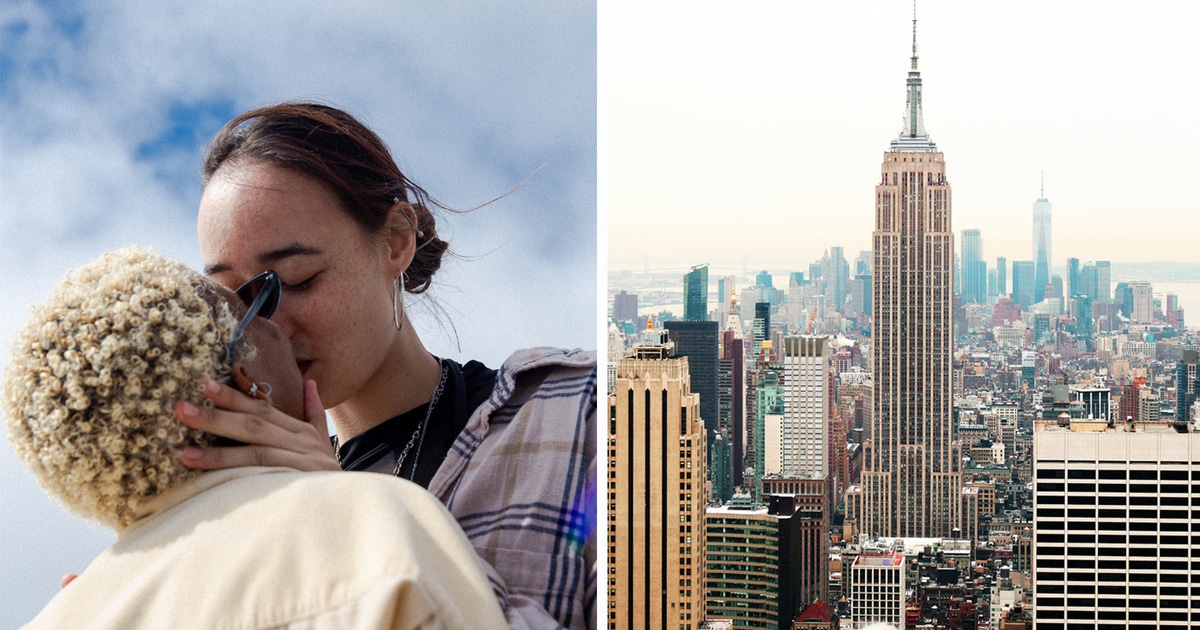 New York is the best state for vegan dating. The second state will shock you.

New York is the best state in the United States for vegan dating, according to the vegan and vegetarian dating app Veggly. The app recently released new data which shows New York is in the top spot with the most users relative to population, with 787 users per million.

The second state on the list is Virginia, with the second highest number of users per population with 377 Veggly users for every million people in the state. California follows closely with 341 users per million. The West Coast state also has the highest number of users of any state in the country, with a total of 10,729 Veggly users. The top 10 states for vegan dating also include New Jersey, Georgia, Florida, North Carolina, Ohio, Illinois, and Pennsylvania.

Vegan dating around the world

Released in 2017 in the Apple App Store, Veggly is modeled after the dating app Tinder and includes similar features like the ability to like a potential match, and if that person likes you back, you have a Veg-Match and can start chatting. The app also allows users to sort potential matches by distance, new users, and last online status.

In the past two years alone, Veggly has grown rapidly, now reaching over 450,000 users worldwide, including Canada, Australia, Denmark, Korea and Spain. Last year, the app reported that its membership had quadrupled from 3,300 to 12,100 in just six months. This growth is due, in part, to vegan volunteers around the world who have helped translate the app into different languages â€‹â€‹such as Spanish, German, Portuguese, French, Italian, Danish, Korean and Polish. However, the United States still has the largest number of Veggly users in any country, with 78,662. In the United States alone, growth has doubled since last year.

â€œThe Empire State is the best place to go if you’re an American vegan looking for love these days. But that’s not the only place – we’re seeing strong growth across the country, with many new hot spots emerging, â€said Veggly founder Alex Felipelli. â€œIt’s great to see such a spread from east to west and north to south. Even Texas is on the rise: it narrowly missed out on the top 10, this time ranking 11th, with 187 users per million. If veganism can thrive in Texas, it can thrive anywhere.

The healthiest and cheapest Walmart foods

Denying the Abuses of Critical Race Theory and Canceling Culture