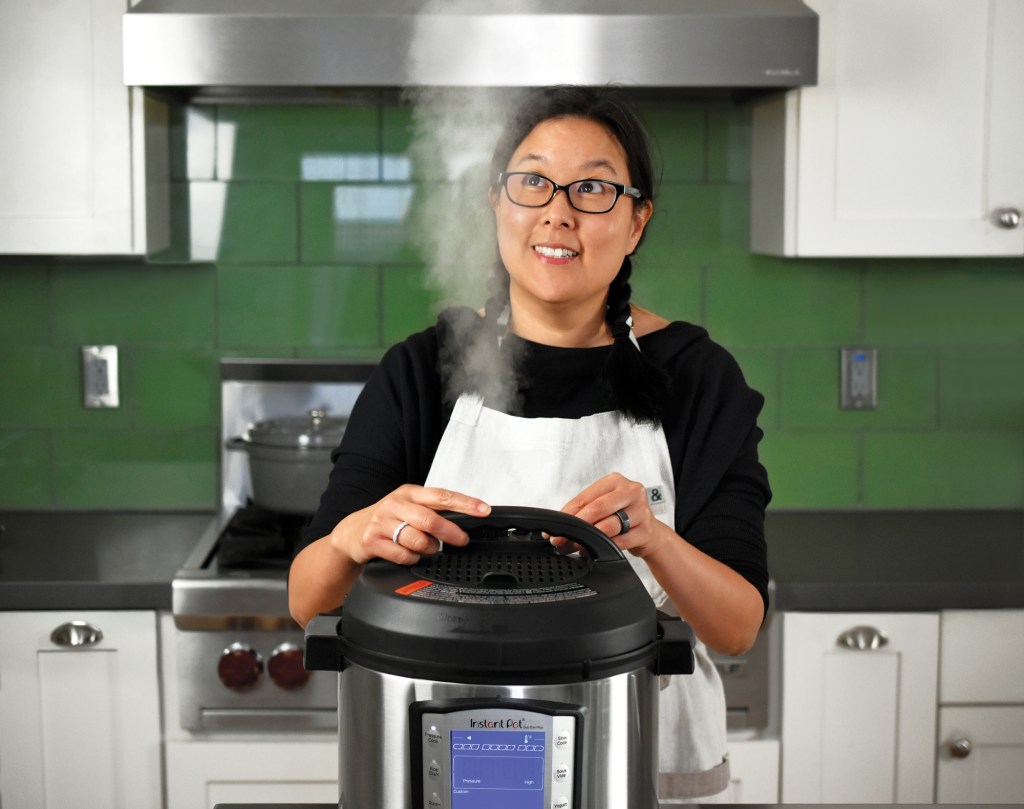 Michelle Tam of Palo Alto has been described as an umami evangelist and the Martha Stewart of Paleo. Both are true. But that’s the Cantonese term wai-sek which Nom Nom Paleo blogger and recipe developer says best describes her and her family. It means “live to eat”.

“Gluttonous is another good translation,” Tam laughs. “And that’s pretty specific, going all the way back to my grandparents.”

No time of year is more celebrated and symbolic than the approaching Chinese New Year – or Lunar New Year. For the Year of the Tiger, which begins Feb. 1, Tam and thousands of other Bay Area home cooks will whip up family favorites for everything from longevity dumplings and noodles to fish. .

If you follow a paleo diet or avoid gluten, like Tam and her husband, Henry Fong, you shouldn’t miss a single festive food.

Their latest cookbook, “Nom Nom Paleo: Let’s Go!”, features 140 tasty, protein- and plant-centric recipes, from Cantonese duck pipa with sun butter hoisin sauce to chicken Chow Mein, made with sweet potatoes. white spiral. The majority of the recipes are Whole30 compatible and about half are Keto compatible, with vegan, vegetarian and Instant Pot options.

Tam, a child of Hong Kong immigrants, grew up eating her grandmother’s whole poached chicken on the eve of every Chinese New Year. It was always slathered in a tangy scallion and ginger sauce that Tam now puts on everything from weekday poached chicken breasts to white fish, which is traditionally eaten during the holidays to promote prosperity.

But it’s his pork and shiitake potstickers that make the most sense. While quick and easy recipes are her jam (especially when there’s a baking sheet), Tam says the time she spent making these pinch purses of pan-fried goodness with her mom and grandma is one of his favorite memories.

“Homemade dumplings are the physical embodiment of the love Asian mothers have for their children,” says Tam, who makes her gluten-free dough from cassava flour and arrowroot powder, the same combo than his green onion pancakes. “Sometimes you just have to do the work. It’s so worth it.

It helps that all Nom Nom Paleo content — the blog, the meal-planning app, and the three cookbooks — is filled with Fong’s step-by-step photographs, kid-friendly cartoons, and cheesy jokes.

“We were very intentional about it,” says Tam. “And we try to make sure there’s no way a dish can be spoiled.”

Tam started blogging in 2010, after she and Fong switched to a paleo diet and noticed improvements in their health. But Tam says they’re not paleo preachers, so go ahead and have some rice with those ginger fish fillets, if you like. The couple just want families to walk into the kitchen and believe the healthiest meal is the one you cook yourself.

And while the duo’s first two cookbooks focused on what they thought others wanted to cook, this latest collection, written and photographed during the pandemic, focuses on what they like to eat, from a simple Garden Pesto Scramble in Shoyu Ramen and Shrimp Simmered in Green Mole.

“I think for a lot of people (doing and eating), sourdough was their comfort during this time,” Tam says. “But for me, comfort food is the Chinese and Mexican food that I grew up eating in the Bay Area, especially my mom’s Chinese food.”

“Nom Nom Paléo: let’s go!” is dedicated to their grandparents, who showed affection not with hugs and kisses, but with food, says Tam.

“We knew we were loved because of the food they cooked for us.”

For more food and drink coverage, follow us on Flipboard.

7 Protein-Rich Breakfasts That Will Fill You Up