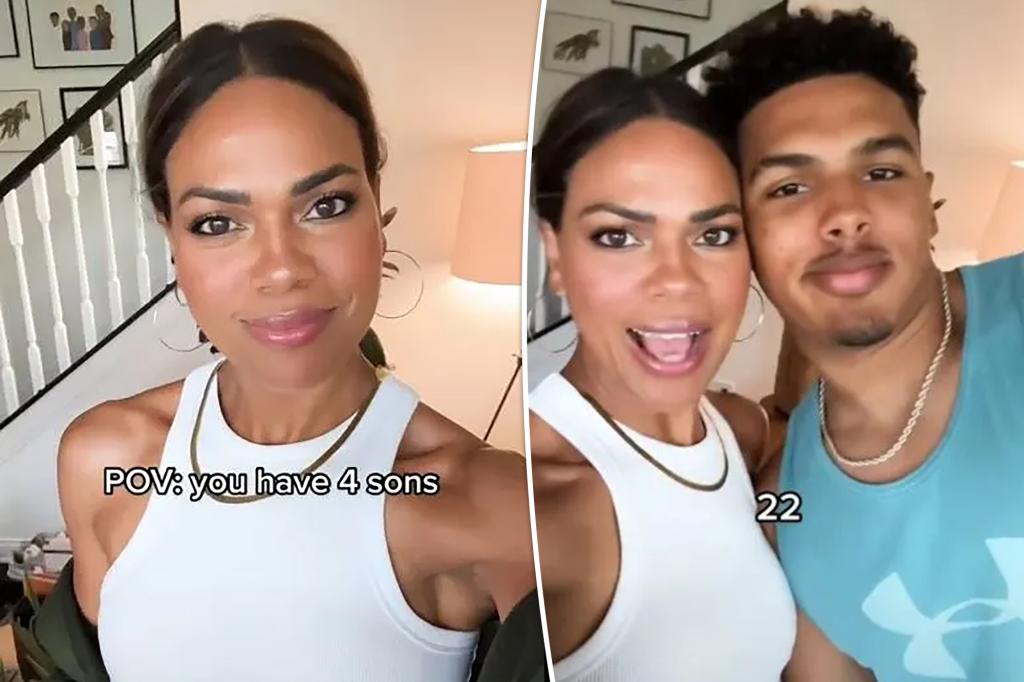 People never believe how old I am – I have four sons, the eldest is 22 but people think I’m their little sister

A mum-of-four has learned what her son’s younger sister looks like after sharing a TikTok video of the family.

Anna Mae Groves has left people amazed at her youth after revealing she is 46 and has four adult sons.

Her youthful appearance means that many people have commented saying that she doesn’t just look like her sons’ sister, but their youngest.

The video has since gone viral with over a million views and 120,000 likes.

People were shocked that she was their mother, with one writing, “How come you look like the sister? Skin care please and makeup routine.

“Mom, how old are you? Because you look like their sister,” added another.

A third commented: “You look so younggggg!”

In another video, Anna shared how she keeps her youthful appearance.

She revealed in a TikTok video that she uses retinol sunscreen, vitamin C and AHA weekly.

Anna shared that she also does bi-monthly micro-needling, Dysport (a type of botox), and eats paleo 80% of the time.

One viewer wrote: “You look so…. YOUNG all around. So pretty.”

This story originally appeared on The sun and has been reproduced here with permission.