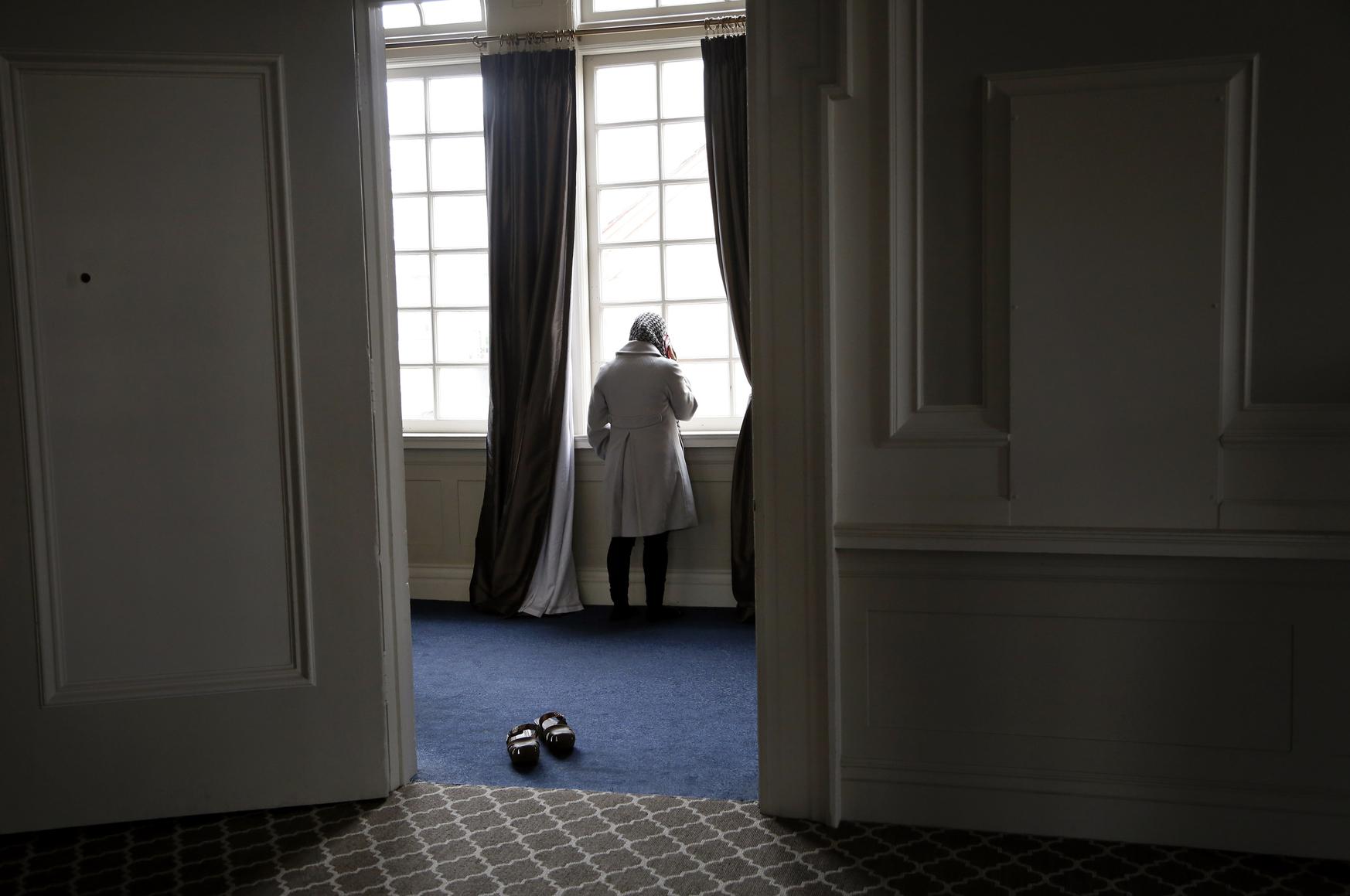 Ramadan isn’t supposed to be easy, but it’s not unbearable either.

I was relieved when I realized that the first day of Ramadan this year would fall on a Saturday. I was hoping that having two days to get into my fasting routine before the work week started would help me adjust.

Fasting during Ramadan, the holiest month in the Islamic calendar, is one of the five fundamental beliefs and practices, often called pillars, of Islam and is required of every Muslim adult healthy enough to participate. For 30 days, practicing Muslims do not eat or drink from dawn to sunset.

As editor of The Chronicle, my days go from one tight deadline to the next with plenty of opportunities for plans to change drastically at any moment. It’s a role that I love but not without stress.

Thirty minutes into my first day of fasting work, my team’s plan for the next day’s paper fell through – a common occurrence in the world of journalism. But that morning, an unusually strong surge of anxiety, fear, and nervousness hit me all at once. My mind immediately sorted through my inbox and the drafts I was halfway through editing, trying to figure out which one I could get ready in time to meet our noon deadline. My team was counting on me and I began to feel an overwhelming fear that fasting would make my task impossible to complete.

My heart sank and I broke my fast.

Even now, admitting it isn’t easy. For many Muslims who do not fast, there is an incredible amount of self-induced, community-dispensed guilt and shame associated with not fasting – even for those with Islamically sanctioned exemptions.

Growing up, I had always been told about the specific situations in which fasting was neither obligatory nor allowed: for the sick, when traveling, menstruating, pregnant and nursing, and for young children and the elderly. . In these circumstances, Muslims are expected to make up their fast later or, if they cannot, donate it to charity.

These exceptions make sense. After all, the purpose of fasting is to facilitate a deeper connection with God and with the community, but not at the expense of your health.

Exemptions also proved to me an oft-repeated idea in the Quran that God does not impose more on us than we can bear. It’s a feeling that brought me comfort in my darkest times – grieving my mother (may God have mercy on her) who died of a brutal form of cancer three years ago this month this, followed by two more cancer diagnoses in my immediate family within the next year. And then, of course, the pandemic.

I know I am not alone in my grief. Many of us have experienced deep loss and a sense of severe isolation in recent years. According to researchers at Boston University’s School of Public Health, depression among adults in the United States tripled in 2020, from 8.5% to 27.8%. This percentage only increased the following year, reaching 32.8% of American adults. For Muslim Americans, the pandemic has compounded pre-existing mental health issues. According to a 2019 survey by the Institute for Social Policy and Understanding, Muslim Americans are twice as likely to have attempted suicide than people from other religious groups. Researchers believe this higher rate is due to a combination of factors, including religious discrimination and community stigma around mental illness.

No one has a monopoly on stigma when it comes to mental illness. But because it was not something I intended to grow up on, and certainly not in the context of a potential exemption from fasting for health, for me and probably many other Muslims, mental illness in all its forms has become the opposite – a condition that we should can stand.


Today, research says otherwise. According to a 2019 analysis published in The Lancet, people with mental illness can die up to 20 years earlier than the general population and the vast majority of these early deaths are due to poor physical health, not suicide. People with mental health conditions are twice as likely to develop diabetes or suffer a stroke and those with depression may face similar health risks up to 40% higher than the general population. . As researchers continue to learn more about the links between mental illness and physical illness, we already know that depression can physically alter the brain.

Mental illness can be just as harmful to the body as many physical ailments. The problem, however, is that mental illness is not so easily noticeable, neither to the person who suffers from it nor to the people around him. Moreover, many people with mental illness do not seek professional help – which means that, in the context of Ramadan, they also do not have the external validation of an expert telling them that fasting is not may not be a healthy practice for them.

Ramadan has always been important to me. It is a practice that connects me to my family, my faith and my community. But it’s as much a mental challenge as it is a physical one. Abstaining from food and water isn’t supposed to be easy, but it’s not supposed to be unbearable either.

In the Islamic tradition, God has many attributes. But perhaps the most repeated are those said at the beginning of each prayer, al-Rahman and al-Raheemor the Compassionate and the Merciful – two qualities we would all do well to display to ourselves and others, regardless of your religious beliefs.

Zeba Khan is the associate editor of the San Francisco Chronicle.

Prima Weight Loss UK: where to buy?! Pills Side Effects, Reviews UK & Is It Legit Or A Scam?