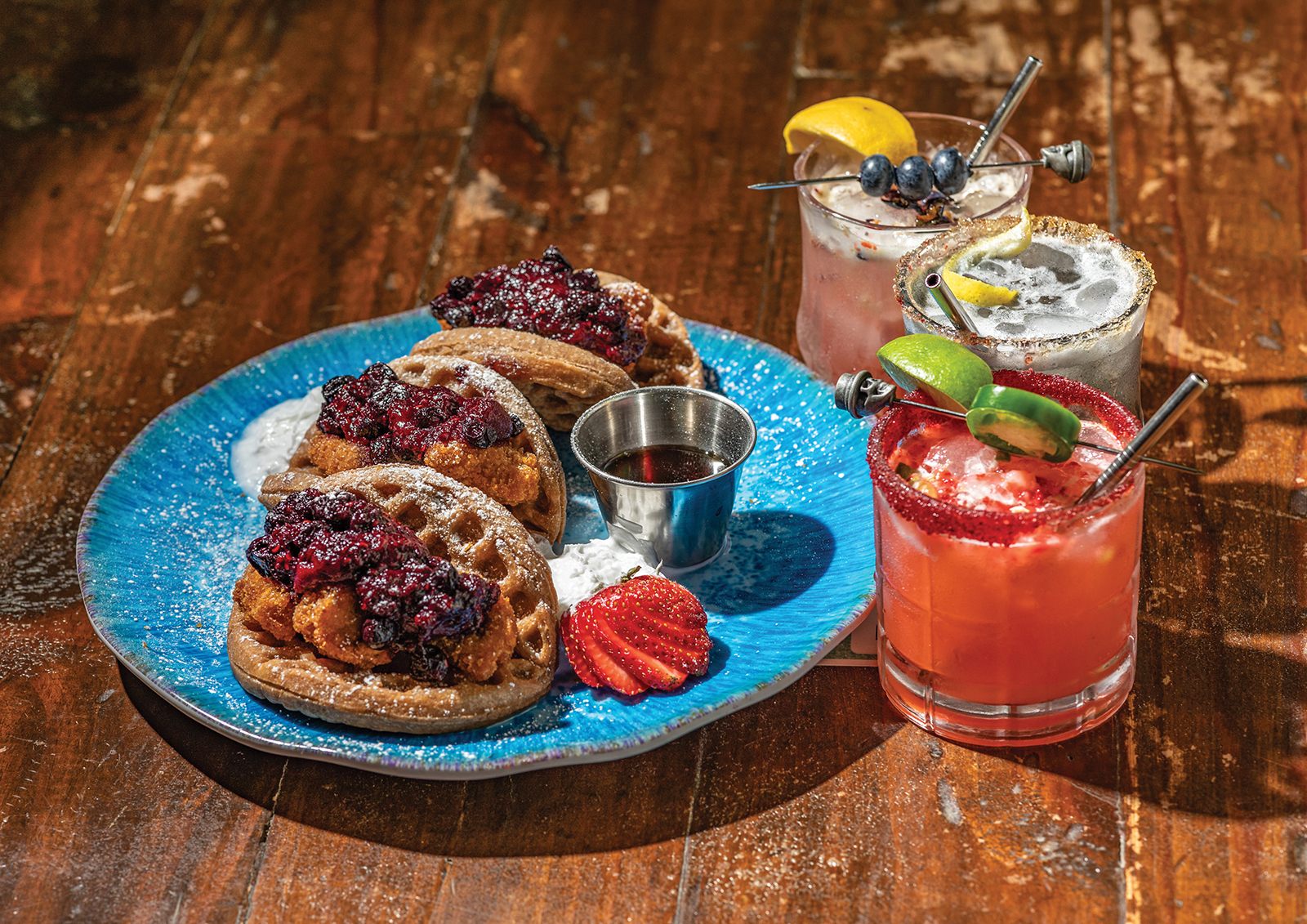 Rogelio and Michael Sanchez started Hash (Heal and Spread Healing) Vegan Eats out of a desire for healthier lives. Rogelio says he decided to get sober alongside his brother after battling addiction, and veganism was a next step.

“I started riding a bike and as I rolled around I realized I was slower if I ate a big burger,” he says.

Like Sanchez, some eat vegan for health reasons, others for the environment and animals, and still others out of curiosity as to whether things like fried vegan chikn can taste like seafood. real thing. Whatever the reason, a growing number of locals looking for plant-based options has led to an explosion of vegan menus.

San Antonio is not alone. Nationally, the plant-based food market grew almost twice as fast as the total U.S. retail food market in 2020, according to data from the Plant Based Foods Association.

At Hash, the menu is 100 percent plant-based and alcohol-free, featuring buffalo chicken mince, “phish” tacos, mixed berry waffles, CBD infused teas and more. “We don’t want you to come in thinking you’re going to eat a boring salad or a block of tofu,” Sanchez says. “We want to give you something better than you expected. “

Chef Sofia Maria Renteria has the same goal in her Plantaqueria pop-up, which launched in 2020, selling vegan tacos of tamales, carne asada, and jackfruit barbacoa intended to be as good as traditional Mexican dishes.

Even Thanksgiving can be enjoyed the vegan way, says Urban Soul owner Tia Rodriguez, who offers vegan holiday treats. Many of her clients tell her that, like her, they seek plant-based foods for health reasons.

Project Pollo founder Lucas Bradbury said that while health and sustainability drive some to eat all-vegan, a survey they conducted found that 79% of customers aren’t vegans or vegetarians, they just want to eat plant-based foods. The San Antonio-based vegan chicken restaurant opened just over a year ago and has since expanded to include nine restaurants in Texas. Bradbury hopes to have 100 Project Pollos by 2024, offering a vegan alternative to Chick-fil-A. “The future of consumption in fast food is plant-based. Period, ”he says.

Still, Adrian Messina and Gene Liguori know there are a lot of vegan skeptics. This is the reason why they hired a non-vegan chef to help them prepare the menu for their new Verve Pie in Cibolo. They say they “save the animals one slice at a time”, but they also serve really good pizza.

Glamaris Cakes founder Amaris Garcia even admits she had doubts about making delicious vegan pastries, but found that with a little creativity, the vegan alternative can be just as good, if not better.