Cambridge village resident Melissa Jahne holds up a 4,000-5,000-year-old Paleo Indian stone tool found in her yard at the Cambridge school board meeting on Thursday, which focused on the name and the Indian emblem of the school. 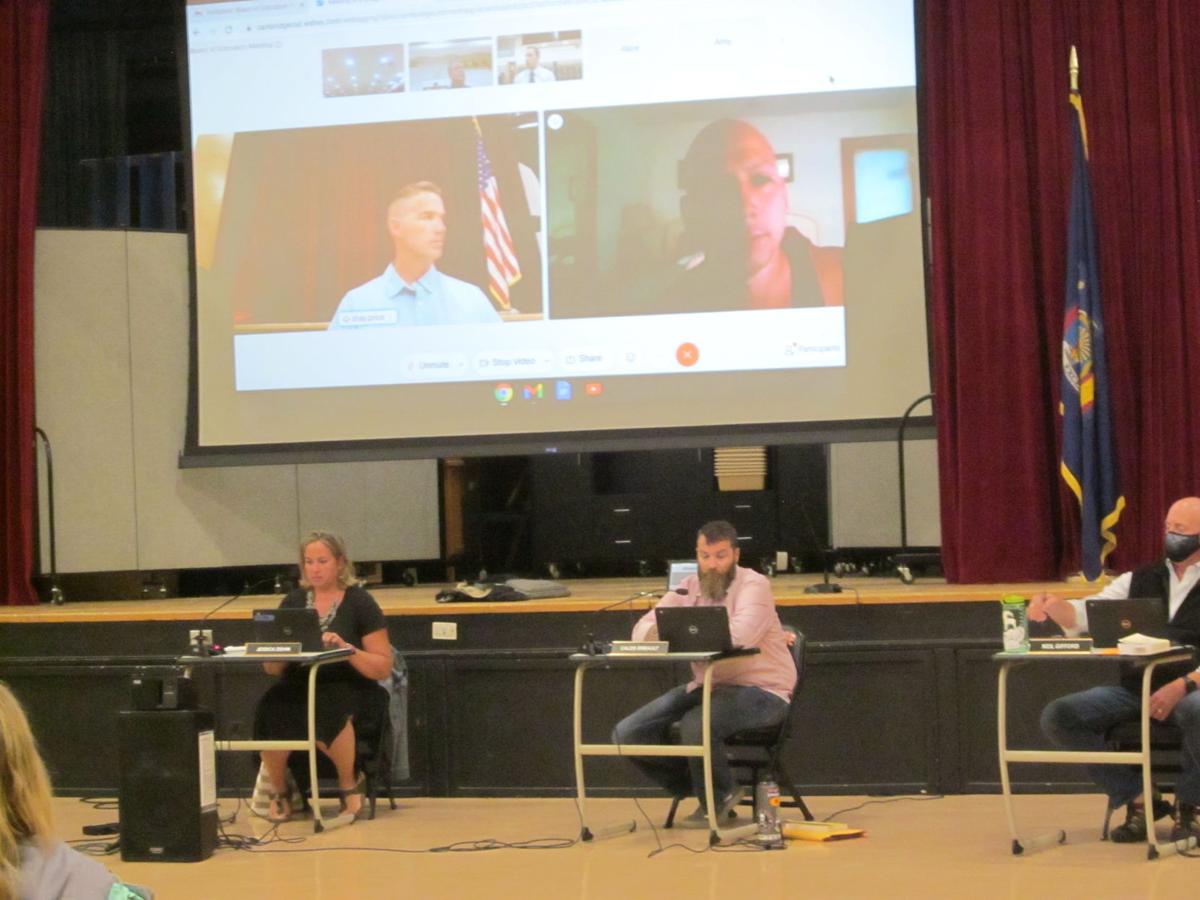 Cambridge Central School of Education board members Jessica Ziehm, left, Caleb Breault, center, and Neil Gifford, right, listen to speakers at the board meeting on Thursday evening. On the screen above are board members David Shay Price (present for the in-person meeting but currently on-screen) and Dillon Honyoust, who attended remotely. The meeting was both in person and streamed on an online meeting platform.

The Cambridge Central School class of 2021 Class Major Fiona Mooney addresses the school board, supported by other students and recent graduates, on Thursday evening during the debate over the Indian name and emblem of the ‘school. 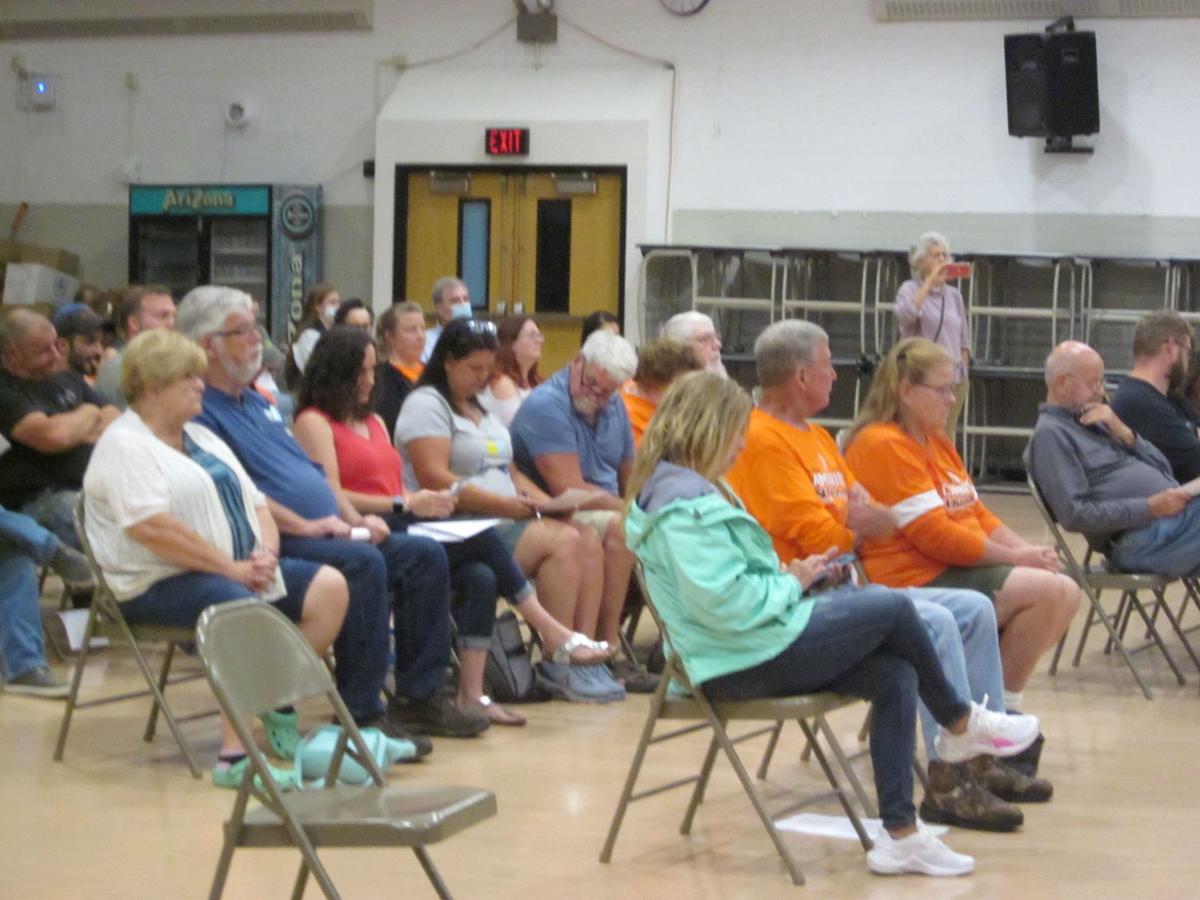 EVAN LAWRENCE Special at The Post-Star

CAMBRIDGE – The split between those who support and oppose Cambridge Central School’s Indian nickname and emblem remained apparent on Thursday evening, as the school board held its first in-person meeting since December.

Due to COVID-19 fears, the board has been meeting on an online platform without the possibility of public comment since January.

Between 70 and 80 people attended, including 28 speaking to the board of directors, some more than once. Some supporters, seated towards the front of the auditorium, wore orange “Save Our Mascot” t-shirts or other Cambridge Indian clothing. Public statements took about 2.5 hours from a meeting that ultimately lasted 3.5 hours.

Opinions on the mascot were roughly three for and two against, reflecting the board’s vote to retain the nickname and revisit the images.

Several people said that they or their family members were of Aboriginal ancestry and that they were all happy to be called “Indians”. Local businessman Kathleen Ward said she was 44% Native American.

“Removing the mascot and the name is ridiculous,” she said.

She blamed the controversy on “people who have come from outside and want to change us.” It’s not going to happen. All the people represented by the mascot are Indians and proud of it.