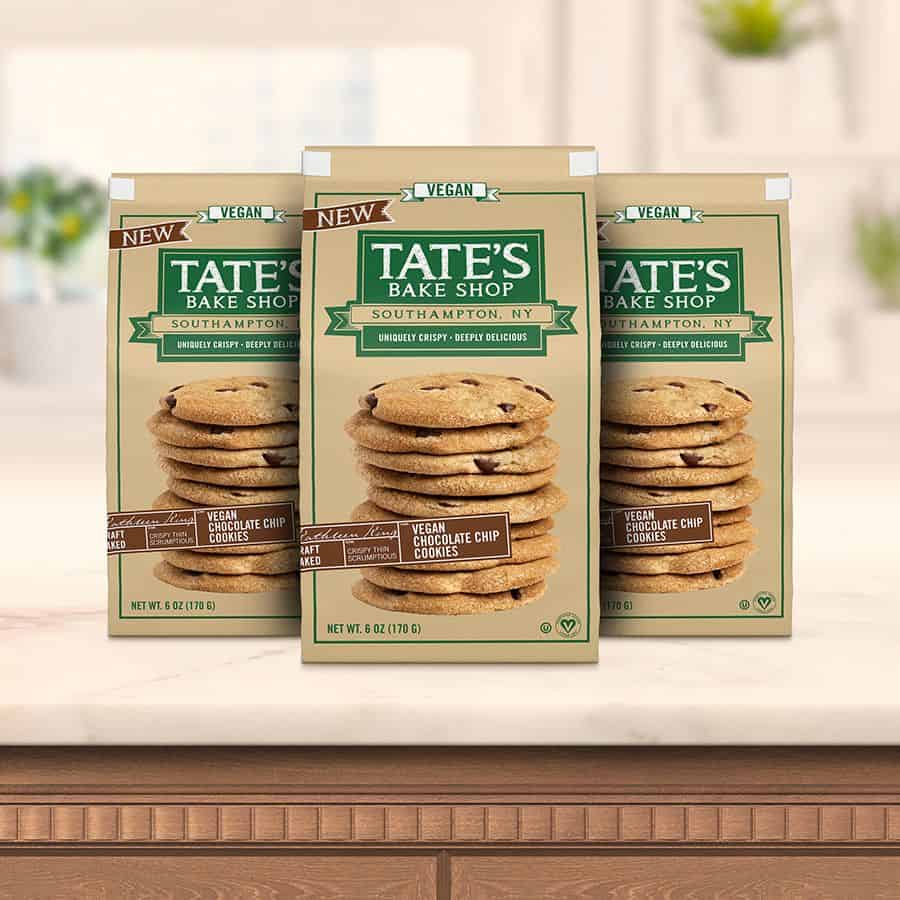 Tate’s Bake Shop launches vegan cookies: “One of the best decisions we’ve made as a business”

Tate’s Bake Shop, a cookie brand known for its thin and crispy treats, has launched its very first line of vegan cookies. The new products, available in chocolate chips and vanilla maple, are made with plant-based butter to recreate the rich, buttery flavor for which Tate’s has become famous.

Founded as a small business on Long Island, New York, Tate’s was bought by food conglomerate Mondelez International in 2018 for $ 500 million.

The company’s vegan launch comes a decade after it first introduced gluten-free options in its cookie offerings. Lauren Sella, director of marketing for Tate, told The East Hampton Star that the move “was one of the best decisions we’ve made as a business,” and added that a vegan cookie was “a next step. obvious step “.

Sella says the recipe has been carefully tested and refined until it meets Tate’s specific standards, and the cookies are certified vegan and kosher. The new cookies can be purchased online from Tate’s website or from Amazon, and can also be found in some regional grocery stores. He plans to release Whole Foods Market at the end of December.

“As a brand that is committed to delighting its consumers with delicious new treats, we are very excited to launch a vegan variety of our cookies,” Sella said in a press release. “Tate’s remains committed to providing uncompromising craftsmanship quality with all products while meeting the changing tastes of our customers.

Having launched our Gluten Free Cookies over ten years ago, we look forward to introducing our vegan cookies and continuing to grow with the changing lifestyles of our customers. We hope Tate’s premium vegan cookies appeal to the many people who incorporate plant-based foods into their choices.