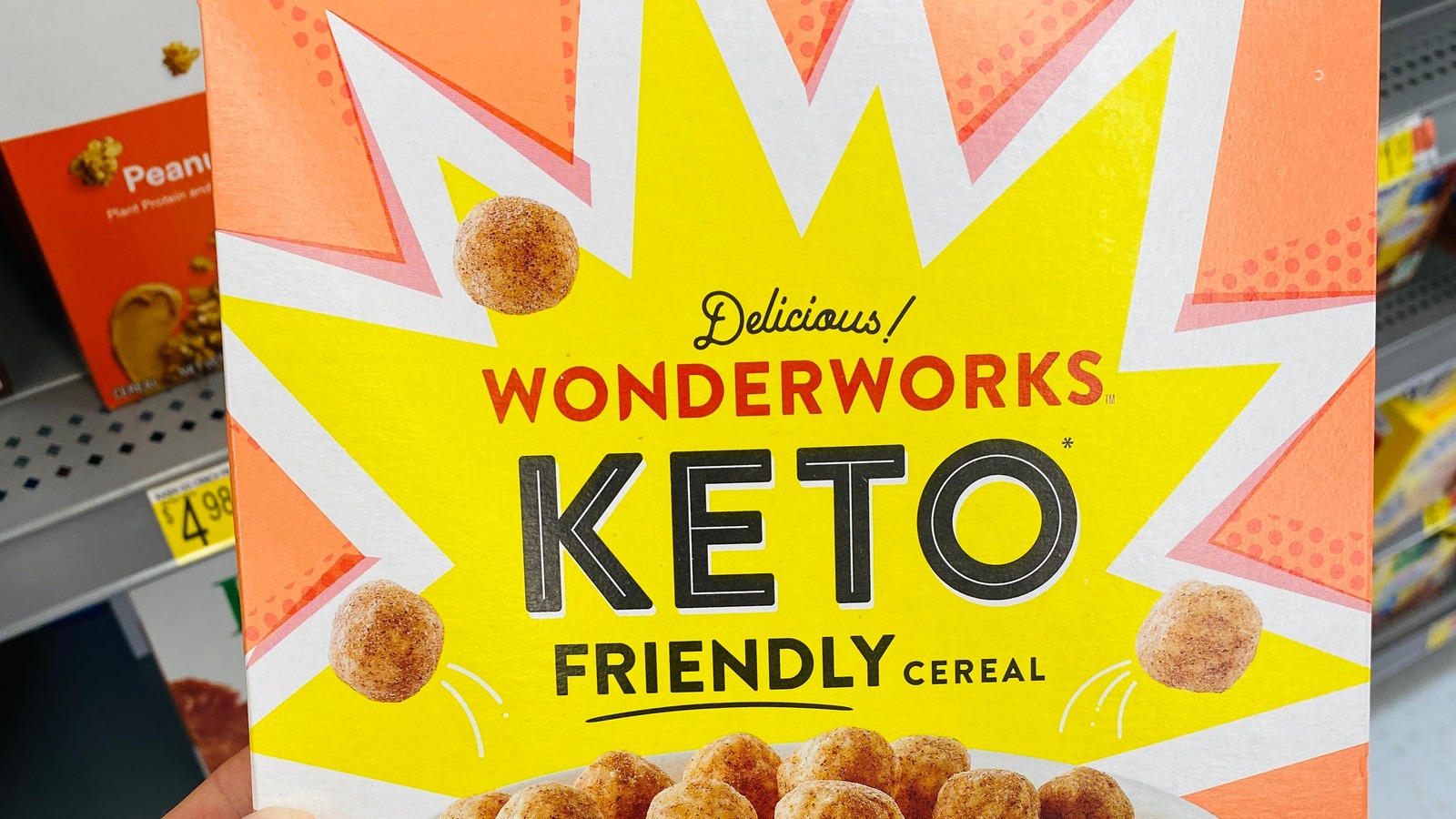 The Reason Some Aldi Shoppers Are Unhappy With Its Keto Cereals

According to Wonderworks Foods, this cereal comes in chocolate, cinnamon, peanut butter or frosted fan form, and has only 3 net carbs per serving. This feels like a total win for keto followers who enjoy their morning bowl of cereal. Like everything, however, it comes with its problems. When Instagram account @aldi.mademedoit excitedly shared their Aldi discovery, their comments section was inundated with complaints. A big problem is the price of the cereal itself. “Ours was $7.98 which is absolutely insane for a box of cereal,” one Instagrammer said. Another commenter said “More than 4.50 for cereal, that’s crazy to me.”

Another issue seems to be the actual flavor. “It’s disgusting!!! It tastes like soggy cardboard,” said an Aldi fan. “It’s unpleasant and it has a soapy aftertaste,” another commented. Not all comments were completely negative. One user said, “I tried the chocolate and it’s good.” Another shopper described the cereal as “not terrible, but not very tasty.” The silver lining is that everyone is bound to have a different opinion. If you’re on a keto diet, you might want to try Wonderworks cereal and decide for yourself if it’s right for you. You can also check out the 20 Best Keto Cereals to learn more about the options available.

McDonald’s is launching McPlant across Australia, but is it vegan? – vegetarian