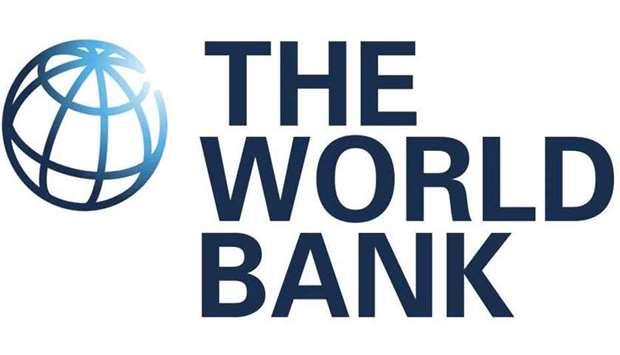 (MENAFN – Gulf Times) The International Development Association is the part of the World Bank that aims to help the poorest countries in the world. Its explicit mission is “to reduce poverty by providing loans and grants at zero or low interest rates for programs that stimulate economic growth, reduce inequalities and improve people’s living conditions”. IDA provides about a quarter of its financing in the form of grants and the remainder in the form of concessional loans repayable over 30 to 40 years, including a grace period of up to ten years.
In the fiscal year ending June 30, 2020, IDA committed nearly $ 30.5 billion to low-income countries. Next month, IDA’s 173 member states will meet to agree on its latest disbursement of funds, estimated at $ 94 billion for the two-year period 2021-2023. In annual terms, this is not a significant increase, especially given the massive economic devastation the Covid-19 pandemic has caused in low-income countries.
Developing countries have been ravaged by a combination of the health crisis caused by the pandemic, collapsed exports, rising global food prices, domestic economic contraction, falling tax revenues and external debt distress . The World Bank estimates that an additional 97 million people – many in Africa – will fall into extreme poverty in 2021. This may well be an underestimate, as it does not take into account rising food prices, increasing inequalities and impact on the poor. in South Asia.
Providing even the most basic of support to people in increasingly precarious conditions in the poorest countries will cost well over $ 47 billion a year. Researchers at the International Monetary Fund estimate that low-income countries will need around $ 200 billion over the four years to 2025 just to recover from the pandemic and an additional $ 250 billion to catch up with advanced economies. But even a smaller amount of IDA funding could provide some relief, especially in terms of government fiscal space, and is important because of low interest conditions.
But how much of this money will actually go to governments that desperately need to increase public spending on health and social protection, and promote economic recovery? Unfortunately, there is a high risk that IDA funds will be used in part to favor private sector actors, instead of allowing governments to directly support the poor.
Indeed, the World Bank Group, in line with its 2017 “Cascade” approach, introduced a “private finance first” model that favors private finance options over the use of public resources in development projects. As part of this broader strategy, IDA launched its own Private Sector Window (PSW) in 2017 to leverage private investment in recipient countries.
The PSW places donor aid resources under the direct control of the World Bank’s private sector investment arm, the International Finance Corporation (IFC), and its private sector guarantee arm, the Multilateral Agency. investment guarantee (MIGA). This means that IDA funds are used to subsidize private sector projects supported by IFC and MIGA in low-income countries and fragile and conflict-affected states.
This reorientation of development funds can be criticized on several counts. For starters, some accused the World Bank Group of a lack of transparency in subsidizing companies through a non-competitive process on the basis of unsolicited proposals. The bank has also not demonstrated sufficient impact on development, as the criteria for evaluating the PSW and demonstrating the “additionality” of private sector financing are complex and technical and do not explicitly take into account the factors involved. developmental effects. In fact, the effectiveness of the PSW appears to be limited to its role of hedging the risks associated with IFC and MIGA operations, rather than demonstrating the contribution of private finance to economic growth and sustainability. Finally, some have criticized the poor targeting of the PSW of development-related projects as part of the responses to Covid-19.
Even the World Bank’s PSW Mid-Term Review noted that “the question of whether a project can take place without PSW support does not always have a straightforward answer. The basic objective of introducing PSW in developing countries – to bring private finance into development projects – has also not been achieved. The 2021 assessment by the World Bank’s Independent Review Panel shows that, overall, the PSW has raised even less private capital than other blended finance instruments like the MIGA Guarantee Facility.
The World Bank’s persistence with a strategy focused on private finance – despite the dire need for increased public spending – may in part reflect the governance structure of IDA. The establishment of the body in 1960 represented a compromise accepted by developing countries, many of which had instead called for a United Nations multilateral fund operating on a “one country one voice” basis to help meet development needs. US influence at the World Bank prevented this, and the 74 IDA recipient countries now have less than 16% of the vote. This democratic deficit at the multilateral level, as well as a lack of accountability at the evaluation stages, further reduces the capacity of developing countries to influence decision-making.
The current reversal of positive development trends induced by the pandemic must be addressed through stable funding channels in developing countries. These channels should focus on subsidies supporting essential public services like health and education, as well as infrastructure. Given the inherent limitations of PSW, subsidizing the private sector to invest in public goods and services through IDA will only exacerbate the adverse consequences of the pandemic.
As long as IDA can be an important source of stimulus funds for the poorest economies, these resources must be used efficiently. This will require shutting down the PSW and, instead, providing resources directly to governments and developing alternative approaches to strengthen public finances and public services. We can no longer afford solutions that make the problem worse. – Project union

• Jayati Ghosh, Executive Secretary of International Development Economics Associates, is Professor of Economics at the University of Massachusetts Amherst and a member of the Independent Commission for the Reform of International Business Taxation.

• Farwa Sial is an Economist and Senior Policy and Advocacy Officer at the European Network on Debt and Development (Eurodad).

Legal warning: MENAFN provides the information “as is” without warranty of any kind. We do not accept any responsibility for the accuracy, content, images, videos, licenses, completeness, legality or reliability of the information contained in this article. If you have any complaints or copyright issues related to this item, please contact the supplier above.