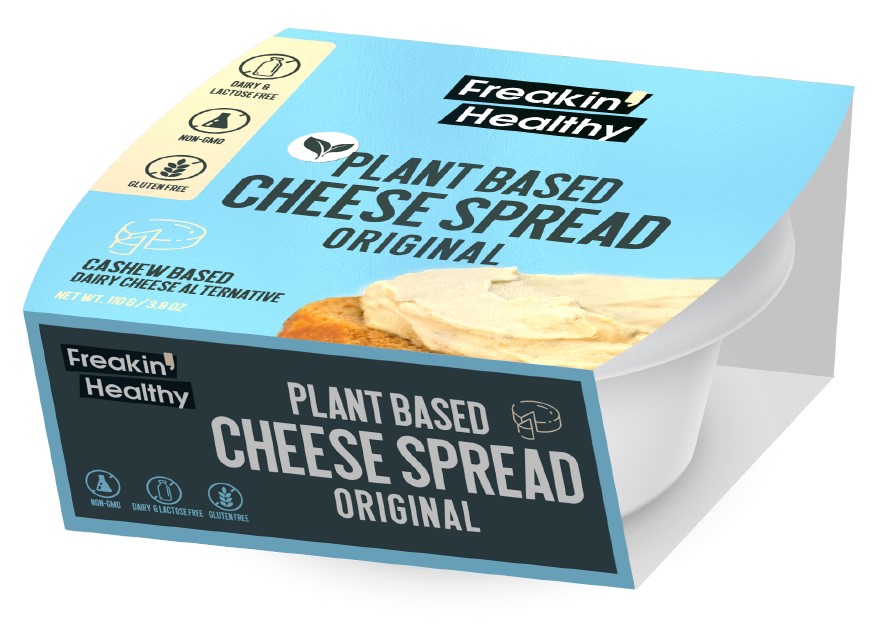 Founded in 2018, the company is best known for its clean label, vegan and healthy chocolate bars, superfood bars and protein balls, after which it launched a vegan meal subscription service in 2020.

The launch of the cheese spread, which comes in four flavors, marks its decision to expand the customer base and product portfolio in the ready-to-eat category.

Its cheese spread is said to be the first own-brand vegan cheese produced locally in the United Arab Emirates.

Even though the company is the first in the region, Koyess admitted that it can be difficult to enter the market because there are already plant-based cheese spreads, but not own-brand ones.

The cheese is made with cashews unlike most coconut products. “Cashew is a little more expensive (than coconut), but what we’ve found is that cashew provides the essential creaminess and sweetness for cheese spread.​.

“We also do not use palm oil, ​starch, coconut oil, emulsifiers and our cheese is sugar-free, preservative-free, gluten-free, dairy-free and lactose-free​.”

Other plant-based cheese makers add these additives for texture or as a preservative.

To prevent microbial growth and spoilage, Freakin’ Healthy uses high pressure packaging, a method where the product is run through pressure and cold water to preserve nutrients but also kill bacteria. This is different from pasteurization where heat is involved.

To ferment cheese, probiotics are used.

Koyess said the spread can be eaten traditionally on toast or can be used in cooking or serve as a garnish as well.

Koyess said the goal is to target not only plant-based or vegan consumers, but also people who are not.

“We also want to meet the needs of non-vegetarians and non-vegans, and the only way ​convincing them to try or even switch to our plant-based cheeses means meeting a certain standard they are used to, in terms of texture, flavor, appearance and feel​.”

He added that ongoing R&D is underway to develop more products that are better for you. “We’re not going to be the first to enter a category like plant-based eggs, but we want to be cleaner than what’s already available.​.”

This year, Freakin’ Healthy is expanding to the United States: “In the next two to three months, we will begin rolling out launches in Florida, California, and New York. There was a lot of groundwork last year to identify the right distribution and retail partners, so this year is the year to gain more traction in the US market for Freakin’ Healthy.​.”

The company recorded 300% year-over-year growth, a similar trajectory to the previous year.

“Most of our growth comes from expanding reach in Saudi Arabia, Kuwait and the United Arab Emirates, as well as launching new products. A few years ago we had 15 SKUs, but now we have over 60said Koyess.

11 Best Post-Workout Snacks To Buy At Whole Foods Right Now, Dietitians Say – Eat This, Not That