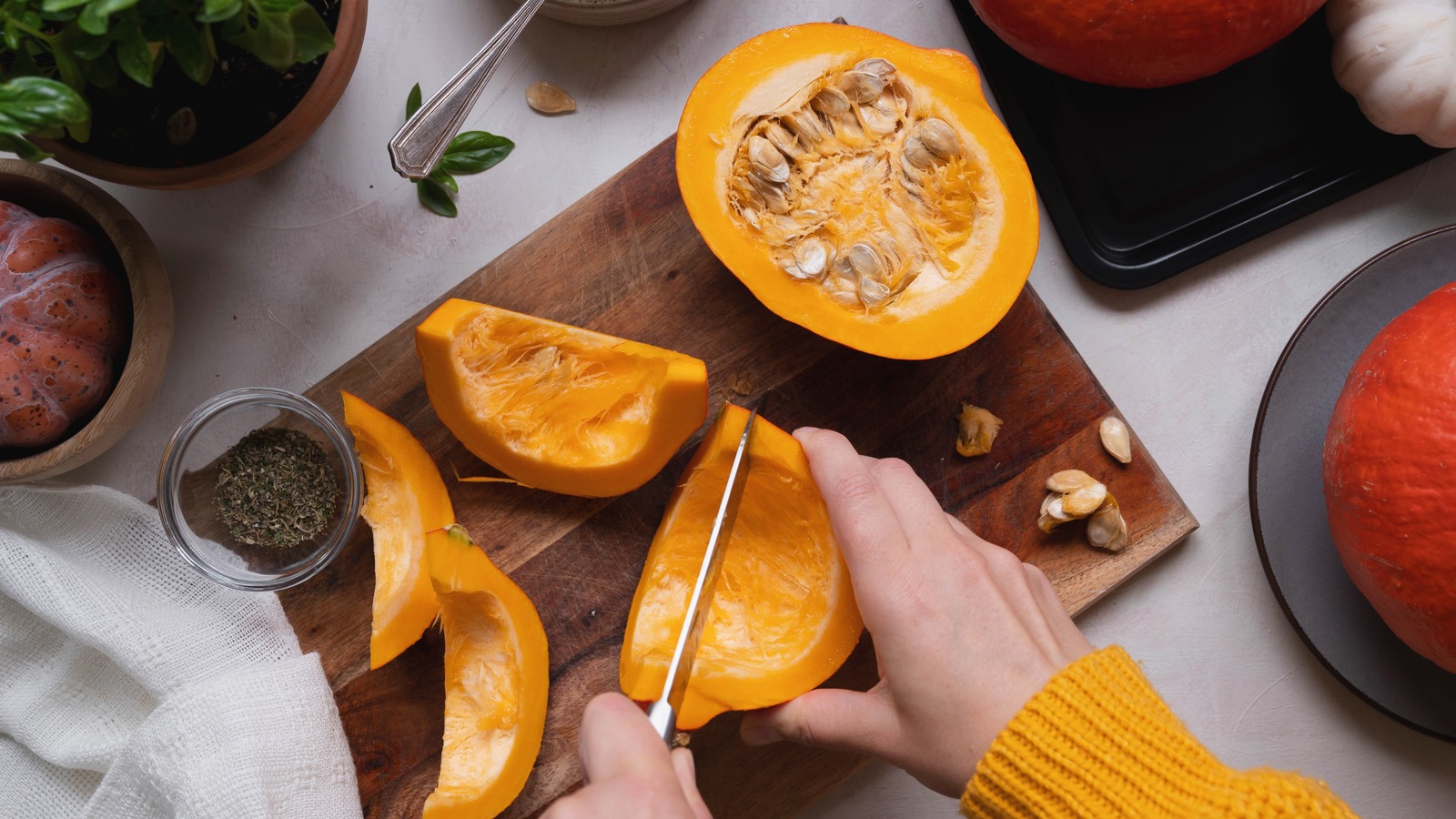 Why pumpkin is so prevalent in Indian cooking

The pumpkin plays an important role in religious festivals in India. It’s known to be enjoyed at celebrations like Makar Sankranti, where the fruit is made into pumpkin curry and sweet pumpkin raitha (via The Hindu). Pumpkin is considered a cold weather plant, which is why it’s so popular during specific seasons (per Office Holidays).

According to The Belly Rules the Mind, pumpkin (known as “kaddu” in India) is often used in regional Kayastha celebrations where it is cubed and served with onions and spices as a savory and tangy dish. served with potatoes and flatbreads. Kaddu is believed to be both an enrichment for body and soul and is even accessible to those who fast for the holidays. Those who observe fasting diets simply remove the onions and add only a little salt.

Kaddu recipes traditionally use orange pumpkin, but South Indian dishes use white pumpkin as an ingredient. White pumpkins, although they look different from their orange counterparts, taste almost the same, but white pumpkins tend to be a bit sweeter (via DMCoffee). Kootu is a white pumpkin stew common in South India that provides vitamins and can lower blood pressure, according to Subbu’s Kitchen. Even though pumpkin is a celebratory food in India, it is also enjoyed as an easy-to-prepare, nutrient-dense meal.